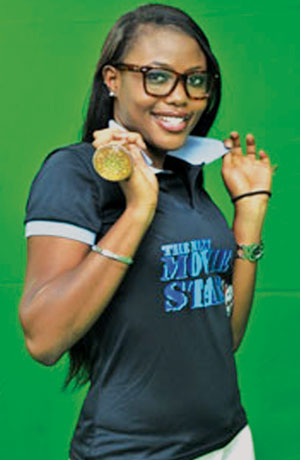 Hundreds of aspiring actors and actresses from across Nigeria will converge on Lagos this weekend for the final audition of 2011 Next Movie Star reality show.

During the exercise, 16 housemates will be carefully selected by a panel of judges, to enter the NMS House and engage one another in a battle, lasting 30 days, for the NMS Hall of Fame occupied by past winners like Kingsley Ogboso, Portia Yamahan, Enoch Hammond (Ghanaian), Avenette Sirleaf (Liberian), Oyindamola Odesola and Akio Precious Ilami.

Apart from the attendant media blitz and patronage by Nollywood, the winning housemate will get a brand new SUV, cash prizes and movie contracts, while the runners up will also get varying prizes.

Unlike past editions that were continental in spread and outlook, the 2011 edition with the theme, Galaxy of Stars, is focused on just Nigerians.

According to the executive producer, Sola Fajobi, â€œour goal for 2011 and future editions is to expand and regionalise The Next Movie Star show and spread its reach all over Africa, selecting housemates from all the different regions of Africa and broadcasting to all these countries.â€

Fajobi added that the Next Movie Star West Africa holding this quarter will include housemates from the host country, The Gambia, Ghana, Sierra Leone and Liberia, while the East Africa edition will have contestants drawn from Kenya as host, Tanzania, Uganda and Ethiopia. For Southern African countries, NMS wannabes are expected to come from Malawi, the host country, Zambia, South Africa, Botswana and Zimbabwe.

â€œParticipants will be selected from each country with the traditional 16 housemates entering the NMS House in the host country. The show will be broadcast on all major television stations across the participating countries where partnership, sponsorship, recruitment and broadcast drives are already being made,â€ he disclosed further.

Produced by Digital Interactive Media, The Next Movie Star, which is now in its sixth season, has evolved into Nigeriaâ€™s most consistent talent hunt show with the highest turnover of talents for the entertainment industry. Some of the talents weaned on the NMS platform include popular Nollywood actresses, Annie Macaulay, Tonto Dike, Portia Yamahan (Nominee, Best Upcoming Actress AMAA 2008), Lydia Forson (Best Actress in Africa, AMAA Awards 2010) and the last three consecutive winners of the Big Brother Africa show, Kevin Chuwang Pam, Uti Nwachuckwu and Karen Igho.