Pastor Ighodalo: Iâ€™ll Buy My Own Coffin, Wants Funeral Money Given To Poor 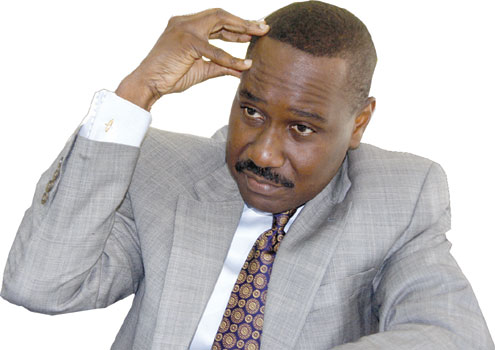 Pastor Olajide Ituah Ighodalo of Trinity House Church, whose second marriage to former Miss Lux, Ibidunni Ajayi, led to his expulsion from the Redeemed Christian Church of God in 2009, has warned his congregation not to waste money on him when he dies, saying that he will buy his own coffin.

Ighodalo, who was preaching in Victoria Island, Lagos, Southwest Nigeria, on the theme â€˜the laws of lifeâ€™, said that money spent on the dead is a waste, adding that it must be spent on the needy.

â€œWhen I die,â€ Ighodalo said, â€œthe money you want to spend for my burial, use it to benefit the people who have no benefit in life. The dead is dead, and dead for good. Let him face Jesus.

â€œKeep my funeral simple, make it easy. Use the money you want to lavish on me to pay school fees for children who need it.

â€œIn fact, I will even buy my own coffin. Donâ€™t buy Coca Cola for anybody, donâ€™t. I am serious about it. Letâ€™s do things in an efficient way. What you want to spend for me, donâ€™t wait until I die, give me the money now and let me enjoy now.

The 50-year old pastor and accountant warned his church members not to borrow money on his behalf once he is gone.

â€œDonâ€™t go and borrow money to do my burial. I donâ€™t need it. I will be dead then, use the money on those still alive.

â€œWhy do Nigerians close the street to celebrate a dead man. A dead man is dead. Bury him and move on,â€ Ighodalo said.

The General Overseer of RCCG, Pastor Enoch Adeboye, was said to have asked Ighodalo to go in 2009 following his second marriage.

The Redeemed Church does not support remarriage, except when oneâ€™s spouse is deceased.

He was earlier married to Lucy-Ann Summer, also a Chartered Accountant like himself, whom he divorced. He later got married to former Miss Lux, Ibidunni Ajayi in 2007.

His new church now has thousands of worshippers and runs two services every Sunday and a mid-week service on Wednesdays.