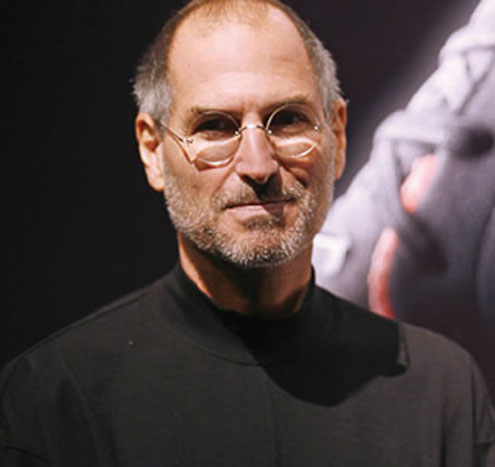 Steven P. Jobs, the visionary co-founder of Apple who helped usher in the era of personal computers and then led a cultural transformation in the way music, movies and mobile communications were experienced in the digital age, died Wednesday. He was 56.

The death was announced by Apple, the company Mr. Jobs and his high school friend Stephen Wozniak started in 1976 in a suburban California garage.

A friend of the family said that Mr. Jobs died of complications from pancreatic cancer, with which he waged a long and public struggle, remaining the face of the company even as he underwent treatment.

He continued to introduce new products for a global market in his trademark blue jeans even as he grew gaunt and frail.

He underwent surgery in 2004, received a liver transplant in 2009 and took three medical leaves of absence as Appleâ€™s chief executive before stepping down in August and turning over the helm to Timothy D. Cook, the chief operating officer.

When he left, he was still engaged in the companyâ€™s affairs, negotiating with another Silicon Valley executive only weeks earlier.

â€œI have always said that if there ever came a day when I could no longer meet my duties and expectations as Appleâ€™s C.E.O., I would be the first to let you know,â€ Mr. Jobs said in a letter released by the company. â€œUnfortunately, that day has come.â€

By then, having mastered digital technology and capitalised on his intuitive marketing sense, Mr. Jobs had largely come to define the personal computer industry and an array of digital consumer and entertainment businesses centered on the Internet.

He had also become a very rich man, worth an estimated $8.3 billion.

Tributes to Mr. Jobs flowed quickly on Wednesday evening, in formal statements and in the flow of social networks, with President Obama, technology industry leaders and legions of Apple fans weighing in.