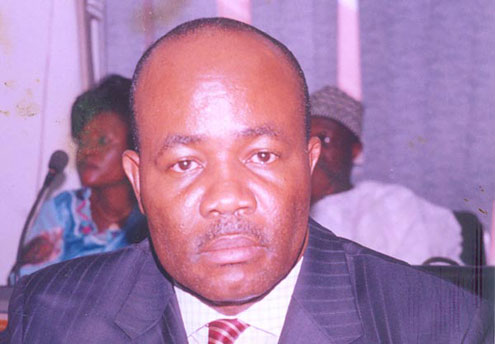 The Emir of Kazaure, Alhaji Najib Adamu, was on Thursday installed as the pioneer Chancellor of Akwa Ibom State University (AKSU).

Performing the installation at the main campus of the university at Ikot Akpaden in Mkpat Enin Local Government Area, Gov. Godswill Akpabio of Akwa Ibom said the selection of the Emir from Jigawa State was another demonstration of his belief in the unity of Nigeria.

Describing the Emir as a great Nigerian, who had proved his mettle in law, banking and traditional institution, Akpabio urged the chancellor to remain an academic godfather to the students of the university.

He said that the establishment of the state university was a direct response to the yearning of the people, who were denied admission to universities yearly.

Akpabio said that he had released N2.1 billion for the building of academic blocks and lecture halls to enable the university meet up its admission quota of 800 students in its second phase of admission exercise.

The News Agency of Nigeria (NAN) reports the university, which resumed academic activities last session after several years of remaining on the drawing board, is just about admitting its second batch of students.

Akpabio urged the chancellor to use his wealth of experience and exposure to expose the young university to the outside world.

He advised the students to take their studies seriously and to avoid drugs, cultism and academic fraud.