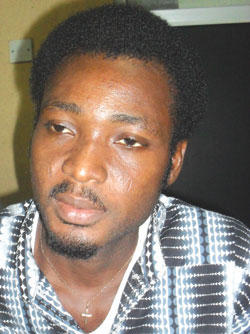 Gospel Juju musician, Adebowale Samuel Olugbode has concluded arrangements for the release of his debut album titled My Time before the end of this year.

Youthful Olugbode said that he started a career in music as a chorister 13 years ago in Ore, Odigbo Local Government area of Ondo state.

The Abeokuta, Ogun state-born added that his journey into music was a divine call and he does not look up to any person as a role model as he wishes to remain himself.