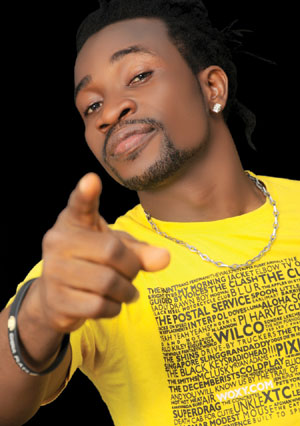 Those present were pleased as Ojo Adams gave a good account of himself, with a world class performance as regards the tracks that were played to the listening pleasure of the media.

“I am happy to see Ojo at the level of the game he’s on at this point in his career,” says an over-excited media personality who was part of the team of journalists on ground to assess the work done by Ojay as he is fondly called by friends.

An official of MOT Entertainment disclosed that this October Ojo’s debut album will be dropping but not without him giving his numerous fans another hit single â€œStay Diaâ€, a song which will leave most listeners nodding and taking to the dance floor and grooving to its beats.

Ojay also has many other hit singles already enjoying good air play on radio stations across Nigeria, and it includes tracks like Awaâ€“Yenna, I no send them featuring Sound Sultan, Criticize You with Solid Star and Love You More featuring Tuface Idibia.