Coroner: Amy Winehouse Died From Too Much Alcohol 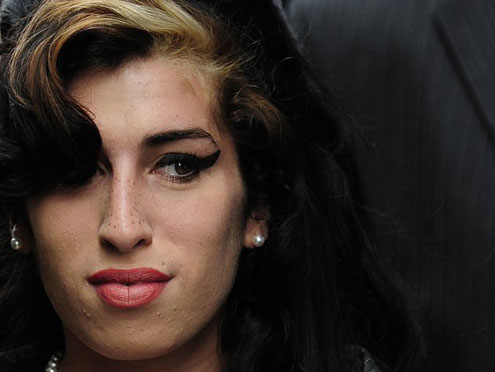 Coroner Suzanne Greenaway gave a verdict of “death by misadventure,” saying the singer died of accidental alcohol poisoning when she resumed drinking after weeks of abstinence.

“The unintended consequence of such potentially fatal levels (of alcohol) was her sudden and unexpected death,” the Associated Press quoted Greenaway as saying.

The singer, who had fought a very public battle with drug and alcohol problems for years, was found dead in bed at her London home on July 23 at age 27.

An initial autopsy proved inconclusive, although it found no traces of illegal drugs in her system or signs of injury.

Pathologist Suhail Baithun told the inquest into the singer’s death that blood and urine samples indicated that Winehouse had consumed a “very large quantity of alcohol” prior to her death. The level of alcohol in her blood was 416 milligrams per 100 milliliters, he said â€” a blood alcohol level of 0.4 percent.

The British and U.S. legal drunk-driving limit is 0.08 percent.

Such levels of alcohol intake could have stopped her breathing and sent her into a coma, Baithun added.

Winehouse’s doctor, Dr. Christina Romete, said the singer had resumed drinking in the days before her death. Prior to that, Winehouse had stayed away from drink for most of July, she said, although she had been swerving between abstinence and heavy alcohol use for a long time.

“She’s made tremendous efforts over the years,” Romete said, adding that alcohol became Winehouse’s main problem after the singer gave up illicit drugs in 2008.

Romete, who saw Winehouse the night before she died, described the singer as “tipsy” but calm. She said Winehouse had not spoken of suicide, and had talked about her upcoming birthday.

Romete said Winehouse had been prescribed drugs including the sedative Librium to help her cope with the symptoms of alcohol withdrawal, but the coroner said these had played no role in her death.

The singer’s parents attended the hearing, but did not speak to reporters. In a statement, Winehouse family spokesman Chris Goodman said it was a relief to the family “to finally find out what happened to Amy.”

“The court heard that Amy was battling hard to conquer her problems with alcohol and it is a source of great pain to us that she could not win in time,” he said.

Winehouse’s breakthrough “Back to Black” album, released in 2006, was recently certified as the best-selling disc in Britain so far during the 21st century. The updated take on old-time soul also earned five Grammy Awards.

Although the singer was adored by fans worldwide for her unique voice and style, praise for her singing was often eclipsed by lurid headlines about her destructive relationships and erratic behavior.

In June, the singer abruptly canceled her European comeback tour after she swayed and slurred her way through barely recognizable songs in her first show in the Serbian capital, Belgrade.

She was booed and jeered off stage and had to return to Britain to recover.

Her last public appearance came three days before her death, when she briefly joined her goddaughter, singer Dionne Bromfield, on stage at The Roundhouse in Camden, near her home.

In Britain, inquests are held to establish the facts whenever someone dies violently or in unexplained circumstances.