Give Me Time To Rebuild Eagles -Keshi 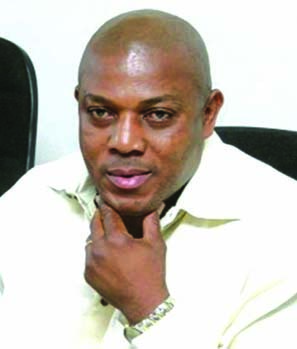 Head Coach of the Super Eagles, Stephen Keshi, has implored Nigerians to exercise patience with the technical crew and the players of the senior national team in their bid to make the team a delight to watch.

The former Nigerian international pleaded with soccer loving Nigerians for more time to return the Eagles back to their winning way.

Keshi, who took over from the sacked Samson Siasia following the failure of the Super Eagles to qualify Nigeria for next yearâ€™s Africa Cup of Nations slated for Gabon and Equatorial Guinea, had a goalless game against the Zebras of Botswana in an international match in his first game as the Eagles’ coach and won 2-0 in the second match against Chipolopolo of Zambia.

With the fans of the team keen to see the Eagles return to their winning way in a short period of time, the former coach of Mali and Togo said that it would take the team some years to be back on the pinnacle of the African football.

â€œI understand what people want from the technical crew, but I think Nigerians need to be patience with us in our bid to bring back the glorious days of the team.

“To build a solid team goes beyond six months, we need years to put in place a solid structure in the national team,â€ he said

The former Eagles’ skipperÂ  said the technical crew would leave nothing to chance to ensure that the Eagles regain the confidence of Nigerians.

He promised to ensure that only fit players that play regularly in their clubsÂ  would be invited to the senior national team.

â€œWe know the task ahead of us. It is only players that play regularly in their clubs that would play for Nigeria this time around. We know what the nation is expecting from us and we will not disappoint the people of this great country,â€ he said.