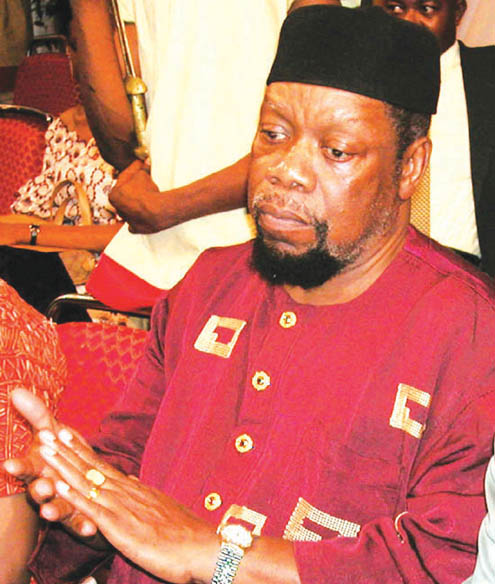 Former Head of State General Yakubu Gowon stirred the hornetâ€™s nest at the weekend when in his reaction to the death of the former Biafran leader, Dim Odimegwu Emeka Ojukwu stated that the former Biafran warlord should not have led his people to secede from the country.

Reacting to his comments this morning, prominent Igbo leaders in Nigeria condemned Gowonâ€™s comments, describing it as nonsense and a dredging up of old wounds.

Gowon had in his condolence message to the Ojukwu family at the weekend said it was unfortunate that the late Biafran warlord took up arms against Nigeria, saying that if Ojukwu had been in his shoe, he would have defended the nation with zeal.

Speaking with P.M.NEWS this morning, Chief Chukwuemeka Ezeife said Gowon â€œis talking nonsense. Ojukwu agreed to go to Aburi in Ghana to broker peace but Gowon broke the agreement. He should not be saying this.â€

Mr. Joe Igbokwe, Publicity Secretary, Action Congress of Nigeria, CAN, Lagos State and prominent Igbo leader blasted Gowon, saying if he had been in Ojukwuâ€™s shoes, he would have taken the same position.

â€œOjukwu was compelled to take the decision by his people. Gowon had sufficient time to have made this comment since 1970 when the civil war ended, why now? He is talking rubbish. He should allow Ojukwu to rest in peace.

â€œAt the Aburi accord, all attempts to bring sense into the situation failed. Now, we have not been able to solve this same problem. Look at how they killed several youth corps members in the North.

â€œGowon should allow sleeping dogs lie. If Gowon tries to stir up another controversy, there will be problem. The issue discussed 43 years ago in Ghana are still staring us in the face. Gowon should have averted that Civil War but he was arrogant,â€ he stated.

According to Igbokwe, the annulment of the June 12, 1993 presidential election won by the late Moshood Abiola would have led to the Yoruba breaking away from the country, if not that the situation was well managed. â€œWhat is Gowon saying? He should go and talk to his people in the North. If Southern Nigeria had been a state, it would have contested with Europe today in terms of development. Gowon and his people are holding us hostage. He should address this and not remind us of past wounds,â€ he added.

In his own reaction to Gowonâ€™s statement, the leader of the Movement for the Sovereign State of Biafra, MASSOB, Dr. Ralph Uwazuruike said whatever Gowon said about Ojukwu was of no consequence now.

â€œWhatever Gowon said is of no consequence. We are mourning. We have tears in our eyes and we are preoccupied with how to give Ojukwu a befitting burial,â€ he stated.

Current Secretary General of Ohaneze Ndigbo, Chief Nduka Eya who said he fought in the civil war and retired as Major, said those alive can say whatever they like. â€œPeople alive can say whatever they like. Gowon should know and admit, even though they labelled Ojukwu a rebel leader, Ojukwu was not a rebel leader. They should know that what caused the war was the northern programme against south easterners,â€ he explained.

Another Igbo leader, Barrister Eze Eluchie lambasted Gowon over the statement and described him as a poor student of history.

â€œOjukwu did not break away from the nation but took the decision because several Igbo were being killed in the north.

â€œThe Aburi accord tried to usher in peace but Gowon proved stubborn. Ojukwuâ€™s move was to serve his people. Gowonâ€™s statement is most hypocritical and uncalled for. The ideal thing is for Nigeria to sit down and discuss what led to the war properly and prevent another war.

â€œThings are going worse in this country and this time, it might not be the Igbo that will try to break away, it might be another group trying to break away,â€ he said.

Another prominent Igbo leader, Chief Chris Igwillo condemned Gowon over the statement. â€œThat is his opinion. Okukwu was pushed to the wall over the maltreatment of the Igbo nation, a situation where the Igbo were being killed in Kano.

â€œThe Aburi accord failed and he had no choice than to break away. We have no regret for trying to break away. Gowon canâ€™t say that because there was no other option for him to take. Gowon is on his own,â€ he said.

A top member of the National Democratic Coalition (NADECO), Emma Saint George Ekeh, took a swipe at Gowon for making such a statement at this critical period. â€œI am still holding the former Head of State responsible for the security crisis in the country, especially the carnage in Jos, Plateau State,â€ he stated.

According to him, Gowon was at the head of the countryâ€™s governance when the Igbo were massacred in the north.

Recalling what he described as heinous crime against humanity, he said pregnant Igbo women and children were slaughtered on the streets of various regions of the country. He also recalled the killing of such pregnant women by troops led by the late Murtala Mohammed in Asaba on the orders of General Gowon.

â€œThere is a way war is fought. You can see that NATO and the International War Tribunal are querying why Col. Muammar Gaddafi was killedâ€™â€™.

â€œPeople have erroneously tagged the Aguiyi Ironsi coup as an Igbo coup forgetting that a coup is a coup and does not have ethnic affiliation and this was part of the reason the Igbo were massacred in the north. But I can tell you that some northerners were part of that coup, yet pregnant women had their tummies ripped open and children and innocent men were killed by the northerners.

â€œGowon says he has repented but I leave him to God to judge the level of his repentance,â€ he said.

He maintained that the current security problems facing the country were foreseen by the late Ojukwu and that this was part of the discussion at the Aburi accord between the government and Biafra.

â€œIf as Head of State, he didnâ€™t renege in the agreement, these security crises would not be happening now. Up till now, I still hold him responsible for what is happening in the country,â€ he said.

â€œIt exudes cowardice because while Ojukwu was alive, Gowon never made such a statement. I also believe that as Africans, we are not suppose to speak ill of the dead. So rather than make critical comments that would open up old wounds, he should be more mature with his age.

â€œHe should also have looked at issues that led to the war and join the government to address them because they are still the issues on the front burner now,â€ he stated.

He said Gowonâ€™s statement was unfortunate and borne out of insolence and that it was provocative. He described the late Ojukwu as a hero, among the Igbo people and the entire country.

â€œThe issues he fought against are currently happening in the country where our people are killed at every opportunity. I am from Asaba and I can tell you that the area is almost a no-go area now.

â€œAt this period of mourning, the best thing to do is to sincerely commiserate with the people and family instead of this cowardly statement,â€ he said.

Uche Ezechukwu, Journalist, who was a P.A. to Ojukwu in the 80s said.

â€œI donâ€™t agree with him. To say that Ojukwu took the Easterners out of Nigeria is to indulge in the most falsification of history. Rather it was Gowon and his fellow officers of the northern origin who drove Ndigbo and their ilk out of Nigeria.

â€œAt the time that Igbos were being slaughtered like rams all over Nigeria by soldiers led by Danjuma and Murtala Muhammed, Gowon took the reins of power and declared that the â€œbasis of Nigerian unity no longer exist.â€

â€œIt was the people from all walks of life that mandated Ojukwu to declare Biafra. He didnâ€™t have a choice in the matter.â€