I Can't Do Without Women 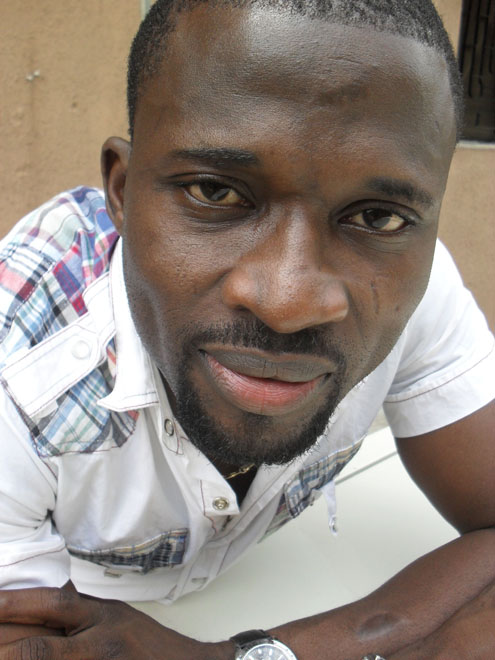 How has life been as a popular Fuji musician?
The road had been rough and tough, but prayers and faith have been sustaining me. We have come this far and I believe I will get there. The journey of a thousand miles starts with a step. Itâ€™s a gradual thing and I thank God today. There was a day I was fiddling with the thought of not continuing with the job, but it was my mother that advised me against it and today, I have reasons to thank God.

Why did you make that decision initially, are there bad memories?
Yes, many bad memories. There was a year I was billed to perform at a wedding party in Ikeja and things were going fine until the brideâ€™s father came to meet andÂ  and asked was I, right on the stage, that was in 1992. You can imagine someone asking me who I was when he saw me singing. He ordered us to stop and asked who I was and after telling him my name, he said he didnâ€™t know me. He then called the celebrant to question her on why I should be engaged because nobody knew me. He immediately ordered me to pack my set of instruments and leave the place, saying he had paid his own choice of musician. I will not mention the personâ€™s name, but we were there together today. When I got home, I couldnâ€™t take my mind off it. The second one was the day my instruments were burnt inÂ  Mazamaza area of Lagos, three months after I returned from a five-month tour of the United States of America. I was called to perform at Mazamaza and eventually, my instruments were burnt because the place was Saheed Osupaâ€™s territory. The people said I shouldnâ€™t have come to the place since I was not in good terms with Osupa. They tied me and put me on the floor, threatening to kill me. Before then, they had set my instruments ablaze. It was one of the dreaded guys in that area called Sangulu that came from nowhere and insisted they couldnâ€™t do anything to me. The otherÂ  group tried to resist him and the two groups started fighting and in the process, I managed to escape. That incident can never go off my mind as I remember it everyday.

What informed the title of your new album, Proper Music?
I dedicated the album to the late Sikiru Ayinde Barrister. He was a prosperous man when he was alive. He was a good musician, so whatever we want to do for him should be proper. That is why I chose that title because I took my time before I composed the songs in the album. I have been recording albums for years now, but I really took my time doing this particular one.

What was your relationship with him when he was alive?
When Alhaji was alive, we used to speak on phone almost everyday. Even when he was ill and was out of the country, we communicated regularly. When he was in Havana Hospital, I also went there regularly to see him.

What is the situation of things between you and your warring colleagues now?
Barrister did a lot before he died and he even succeeded in restoring peace to the Fuji music circle. I can tell you that the future of Fuji is bright because there is discipline now. Any musician that goes out of his way to abuse anybody will be banned.

Meaning you donâ€™t have issues with Saheed Osupa any longer?
You see, what used to happen then was basically business rivalry and because we are popular, anything we do gets to the public. Rivalry occurs in every business, but ours is more pronounced because of our kind of work and popularity.

Why do musicians marry more than one wife?
You see, what I want you to look at is how many musicians have their wives under their roof. This work is one you can’t predict just because you have so much commitment. I am an indoor person and donâ€™t like to go out looking for what is not lost, so everybody knows I have two wives and my children are also living with me in my house. I left home for this place and I am returning home from here, I donâ€™t pass the night outside unless I have a show and that is because I am comfortable and enjoy peace at home.

Did you marry two wives because it has become almost a norm among Fuji musicians?
I married my wives because I love them as I love my family. How many musicians have you seen with two wives in their home at the same time? You see, I canâ€™t blame them because I am learning from experience and I know what it entails. It takes seriousness and endurance to enjoy marriage as a musician.

Any plan to marry more wives?
No, I will be going beyond my limit. I am okay with my two wives and my children. Although, itâ€™s God that knows it all and what will happen tomorrow, as a person, I donâ€™t want to go beyond the two I have.

How do you handle women who are bent on dating you?
You know I canâ€™t do without them because women are the ones that sell your brand. They know I have wives and children and my wives know I have a lot of female friends, so it is no big deal.