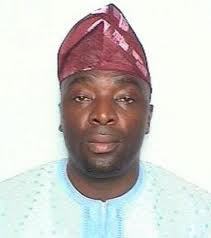 Oyetunde Ojo, the son-in-law of former governor of Lagos state and national leader of the opposition Action Congress of Nigeria, ACN, has won the re-ordered election into the House of Representatives .

The election in the Ekiti Central II constituency was held yesterday, amidst accusations by the ACN and the Peoples Democratic Party of rigging plans by each party.

The results available to P.M.News showed Ojo winning in all the three councils, Ijero, Ekiti West and Efon. He polled 26,338 votes as against his PDP rivalâ€™s 17,344 votes.
The election was cancelled on the contention by the candidate of one of Nigeriaâ€™s fringe parties that he was excluded in the poll conducted last April.
Oyetunde lost the appeal and hence the rerun.