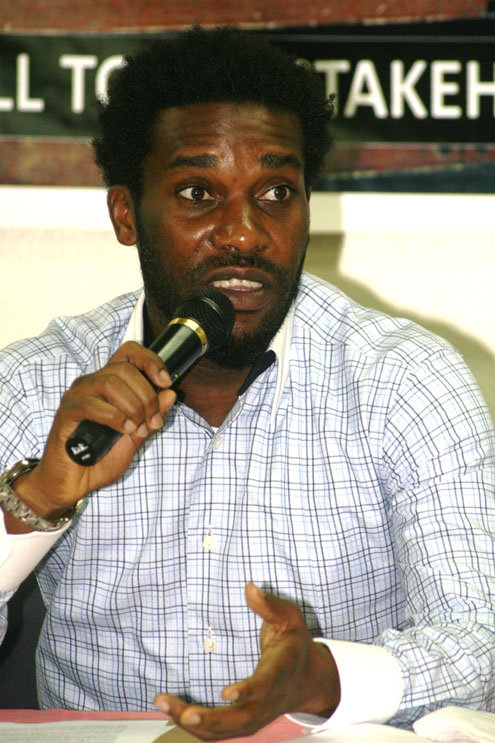 Former Nigeria World Cup skipper, Austin â€˜Jay Jayâ€™ Okocha, has kicked against a return of Blackburn Rovers striker, Yakubu Aiyegbeni, to the national team despite his red-hot form in the English Premier League.

â€œIt is sad that at this time of our football we are talking about bringing back Yakubu when we should be looking for fresh blood to take our game to the next level,â€ the NFF technical committee member said at the monthly MTN Football Hub.

â€œNo doubt, Yakubu is having a good time in the EPL now, scoring regularly for Blackburn. But if you ask my opinion, I would say that it is better for a coach to fail with fresh players than old ones.

â€œWith new ones, everyone will know the coach is rebuilding a new team and the blame will not be much even if such an experiment does not work.â€

â€œThey failed and their performance was a bad reflection on the competence of other local coaches,â€ he said.

Okocha also revealed that he has had a rethink about taking up a coaching career.

â€œI said previously that I donâ€™t want to be a football coach, but now I am seriously considering a change of heart because it would be disservice to the next generation if I stuck to my guns not to coach,â€ he said.