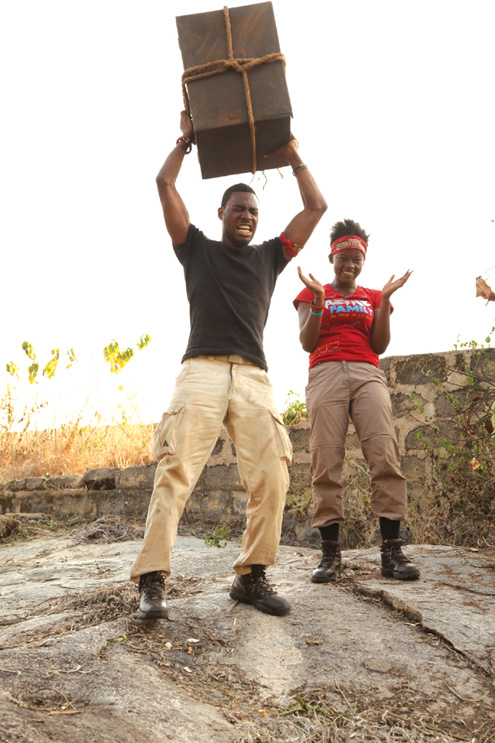 Christopher Akagbue, a model and an undergraduate of the University of Lagos has emerged winner of the eighth season of Gulder Ultimate Search.

Akagbue went through a gruelling and painstaking search for the ultimate treasure in Ososo forest before winning the competition. He beat two other surviving contenders, Kelvin Durst and Last Girl Standing, Anastasia Azike to the crown and coveted cash prize of N7million, N500,000 wardrobe allowance and a brand new SUV.

Anastasia, however, deserves special mention. Not the least for emerging the Last Girl Standing but also because of her sterling overall performance. She was rewarded with a cash prize of N1million and an additional N1.750million as the joint second runner-up. Her feat as the joint second best in the competition has set a record in the history of the Gulder Ultimate Search.

Akagbueâ€™s final triumph was anything but easy. On the final day of the search, Durst, one of the last survivors had discovered the clue to the task ahead. The clue led them into the heart of the jungle. After a frantic search, he also discovered the next clue which led them yet again on another hard trek into the jungle. After climbing the steep hills and valleys they were met by Darey Art Alade, one of the show anchors, who pointed them in the right direction: the ruins of an old temple.

After reaching the designated spot, they began the search for the second lost helmet of General Maximillian. The three combed the area, seeking the object, and it seemed that their efforts were not going to yield any fruit but suddenly, Christopher in a fierce search stumbled upon the coveted prize: A wooden box which contained the lost helmet of General Maximillian.