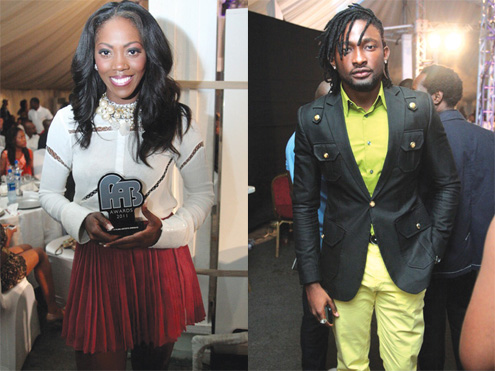 It was a fantastic night as celebrities and fashionistas from all over Africa converged in their hundreds at Landmark Village, Victoria Island, Lagos at the weekend for a Black Carpet Dinner event of the 2011 FAB Night Out.

The night of music, dance, fashion and style, incorporated an awards and fashion show in which notable celebrities walked away with different awards. Winners of the awards night include Kate Henshaw, Tiwa Savage, Uti Nwachukwu, Toolz, Lynxxx and Gideon Okeke among others.

â€œItâ€™s an honour to be able to bring all these great people together under one roof, to celebrate an art that is important to all of us. Iâ€™m excited about how everything has played out and particularly happy about the FAB awards for the 26 deserving recipients,â€ Familusi Akin Babajide, the eventâ€™s executive producer said.

Celebrated fashion designer Deola Sagoe was honoured with the award of Fashion Icon of the Year.