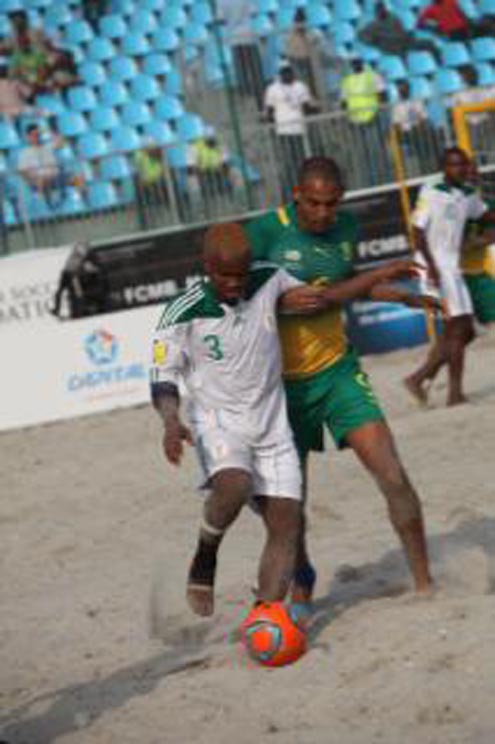 The Isiaka Olawale -led team were too much for the South Africa, who they walloped in 7-3 tie.

There were so many goals on the opening day of the first-ever beach soccer tournament in Nigeria as Brazil also beat their opponents, England in a game that ended 6-3.

On the final day, Sunday, England will go up against South Africa.

The curtain falls on the Copa Lagos Beach Soccer when Reis da Praia battle the Sand Eagles in a rematch of the 2011 FIFA Beach Soccer World Cup quarterfinal game.