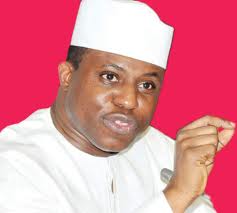 For the second time at two different courts, former Speaker of the House of Representatives, Dimeji Bankole on Monday failed to convince a Federal High Court sitting in Abuja, to quash charges of criminal activities involving 9 billion Naira which was preferred against him by the Economic and Financial Crimes Commission, EFCC.

In his ruling on Bankole’s application, Justice Donatus Okorowo insisted that there is sufficient evidence placed before the court which links him to the alleged crime.

A similar application was also refused by an Abuja High Court where the former Speaker and his erstwhile Deputy, Bayero Nafada are standing trial for allegedly conniving to obtain loan in the sum of 38 billion Naira loan from UBA for the payment of an enhanced package and running cost for members of the House of Representatives .â€¬â€ª

Likewise, the Speaker also lost his bid to sack Mr. Festus Keyamo from prosecuting him on the allegation that the lawyer has shown through his previous antecedents, that he is biased and not impartial towards him.â€¬â€ª

In refusing this application, the court noted that what matters is not the impartiality of the prosecutor but that of the court. The court observed that it is only when the court has manifested seeming partiality against him that the former Speaker should be worried noting that Mr. Keyamo is not the court or the judge.

The court subsequently adjourned trial to 7 and 8 February, 2012.