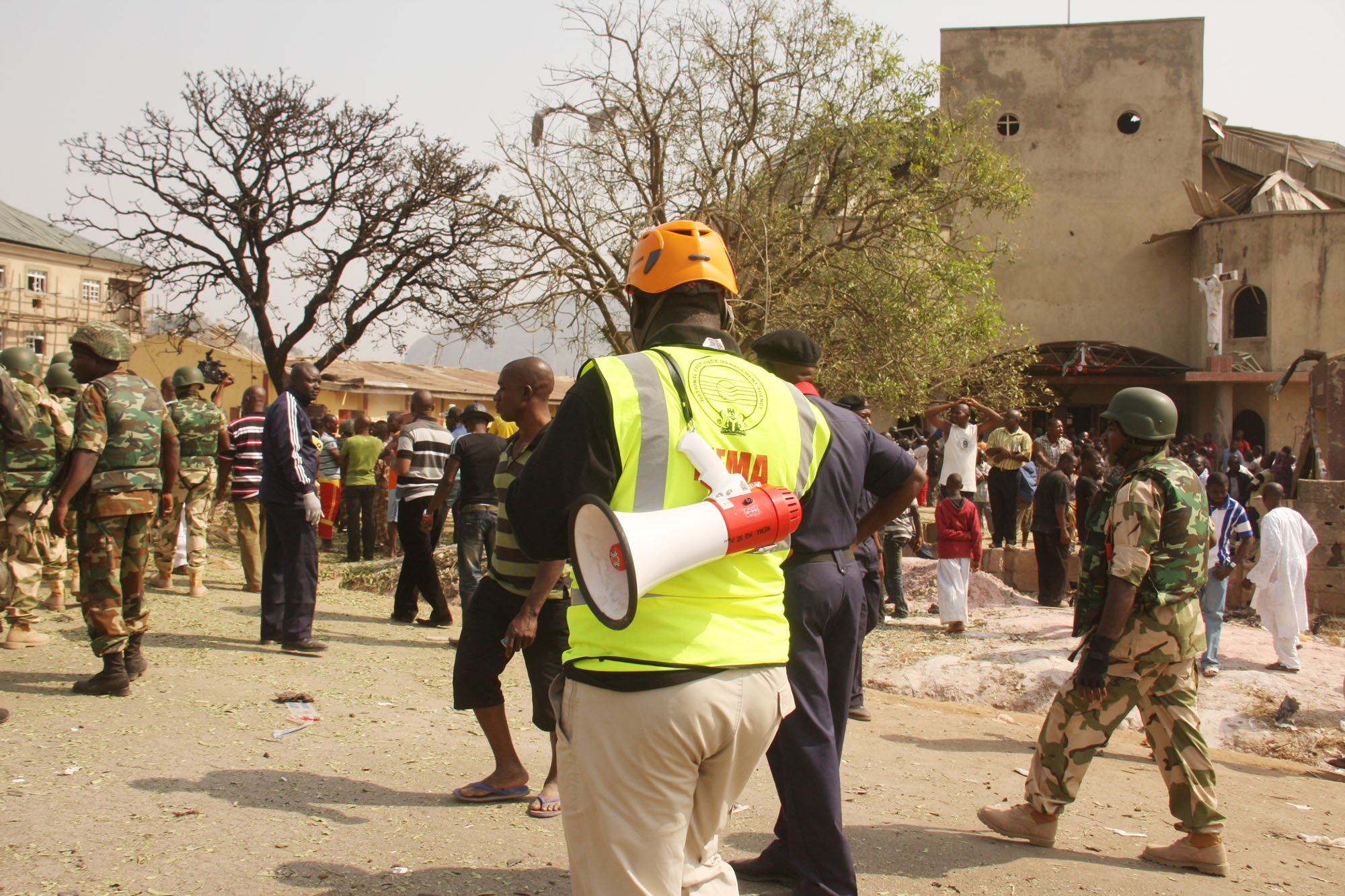 Five days after the Christmas bombing, President Goodluck Jonathan summoned an emergency national security meeting on Thursday just as authorities of St. Theresa Catholic Church announced that death toll from the Christmas Day bombing has risen to 42.
The meeting was attended by Hafiz Ringim, the Inspector General of Police, Andrew Azazi, the National Security Adviser, the Director General of State Security Services and the military chiefs.
President Jonathan had told a delegation of Christian Association of Nigeria led by its President, Ayo Oritshejafor on Wednesday that he will tinker with his security team as one of the solutions to the challenges currently facing the country. But it was not clear if the issue came up at today/â€™s meeting.
Air Chief Oluseyi Pentirin, the Chief of Defence Staff told journalists that the President summoned the meeting to discuss the security challenges posed by the bombing activities of the Boko Haram fundamentalist group.
He also told journalists that the President has taken a decisive decision on the security issue which will be announced soon. He however failed to specify the nature of the decision.
The Inspector General of Police also told journalists that contrary to popular opinion, the Police have recorded a lot of progress in the fight against terrorism activities in the country. Ringim said pro active measures by the Police in Kano, Kaduna and other States in the Northern part of the country help to prevent the escalation of Boko Haram sect during the Christmas celebrations.
He recalled that the Police seized vehicles already rigged with bombs in Kano.
Ringim added that though hundreds of members of Boko Haram sect have been arrested, said there will not be real breakthrough in the fight against the deadly sect until their leaders are arrested.
“So far we have arrested hundreds of them, but that is not the issue. These people to my mind are just the foot soldiers, and we need to get strong evidence through the cooperation of members of the public so that we will be able to get to the leaders, masters and organisers of these people,” the Police Chief said. He also told journalists that the Police and other security agencies have perfected plans to secure lives and property during the new year celebrations.