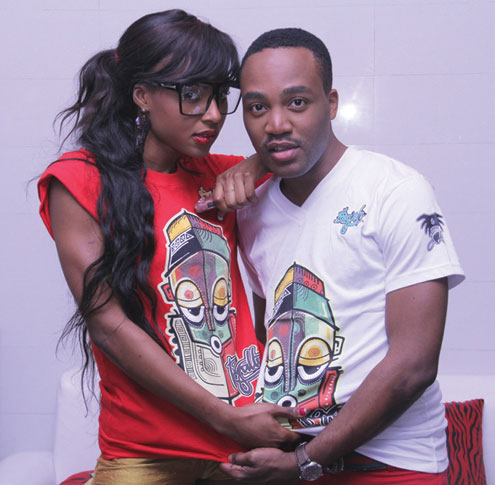 Ajeh clothing line, P.M Entertainment gathered, is inspired from the true art of African culture and paintings. The wears and shoes, which come in different ranges, are designed to suit all class of people, celebrities in particular.

Some of the celebrities that have been spotted adorning Ajeh Wears include DJ Jimmy Jatt, Foster Zeeno, Dayo of Hip TV, Bracket, May D, Cecil Hammond and P-Square among others.

According to a spokesperson of the outfit which was said to have been created since 1996, Ajeh is coined from the word â€˜ajehbuttah,â€™ meaning born with a golden spoon.

â€œThe idea is to introduce an urbanizing African design, infusing it with rich and true African nature. And honestly, the acceptance so far has been overwhelming, both home and abroad,â€ the spokesperson said.