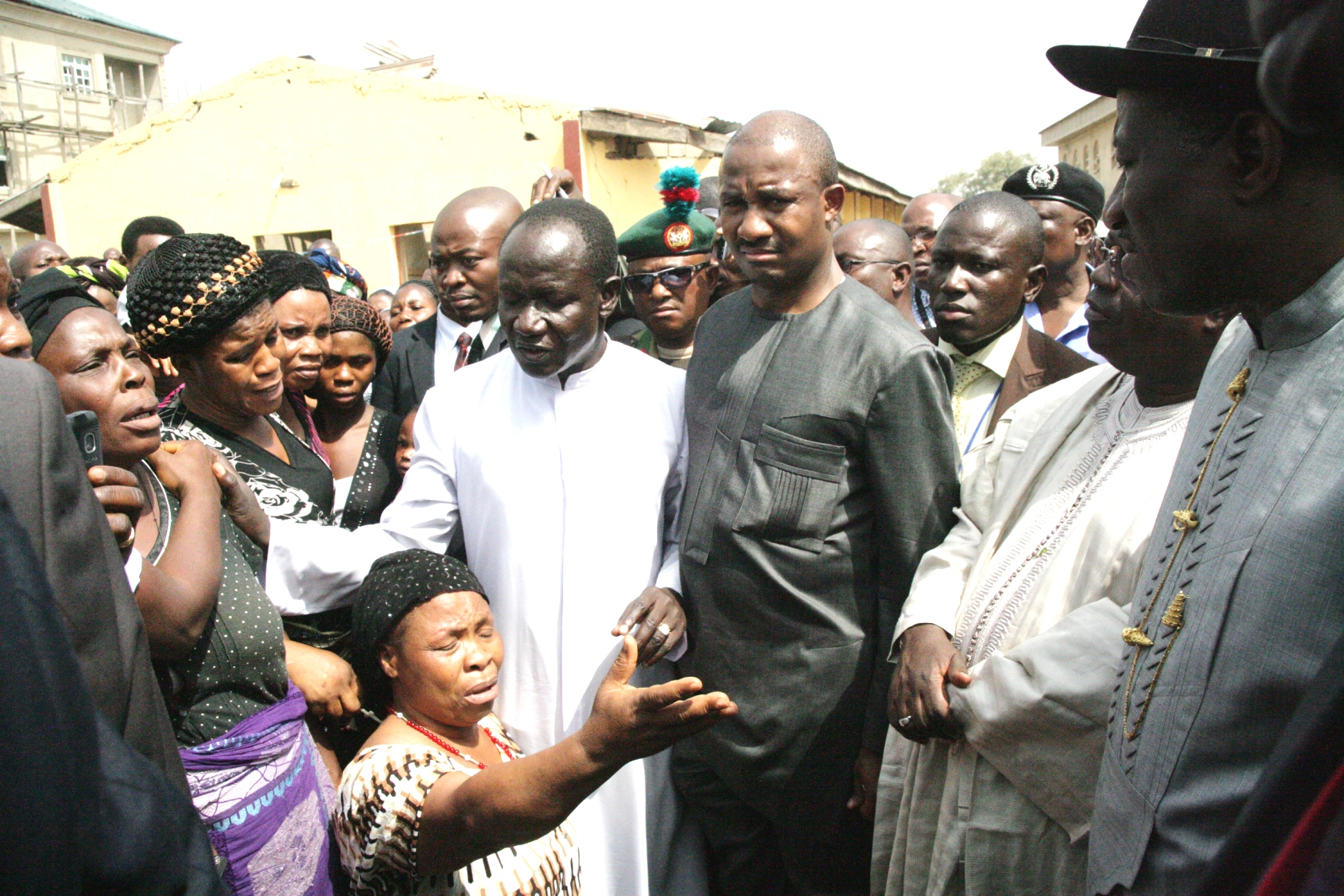 After two days of feverish meetings with his security chiefs following the Christmas Day bombings of a Catholic Church in Madalla, a suburb of Abuja, the Federal Capital Territory, President Goodluck Jonathan on Saturday declared state of emergency in parts of the North East Nigeria where Boko Haram, the Islamic fundamentalist sect which has consistently claimed responsibility for the series of explosions that have resulted into loss of hundreds of lives is believed to have its operational base.
Based in Maiduguri, Borno State Boko Haram, the militant Islamic sect whose real name is Jama’atu Ahlis Sunna Lidda’awati wal-Jihad, which in Arabic means, “People Committed to the Propagation of the Prophet’s Teachings and Jihad” has claimed responsibility for the Christmas Day suicide bombing of the Church in Madalla and other attacks targeted at a Churches in Jos, Plateau State, Damaturu, Yobe State and Maiduguri the same day. Attacks by the militant sect, according to some estimates, has resulted in over a thousand deaths across states in North east Nigeria. The group also claimed responsibility for the suicide attack at national Police headquarters in Abuja and on United Nationsâ€™ building also in Abuja last August which resulted into deaths of over 30 people.
Outside the North east, the President also declared a state of emergency in parts of Plateau State in North Central Nigeria where attacks and counter attacks between mostly Christian Birom natives and the mostly muslim Hausa- Fulani â€˜settlersâ€™ have resulted into loss of hundreds of lives and destruction of property for over three years now and in Suleja, Nigeria State where there have been at least four bomb attacks since the beginning of the year.
Air Chief Marshall Oluseyi Pentirin, the Chief of Defence Staff had told journalists after the emergency meeting with the security chiefs which focused on how to tackle the security challenges posed by the militant Islamic sect that the President is set to announce a decisive response to the menace posed by Boko Haram.
The decisive response came in the form of state of emergency declared by the President shortly after he visited the site of the Christmas Day bombing in Madalla on Saturday. The President also announced closure of Nigeria’s borders contiguous to the areas where the state of emergency was declared in the North East and directed the Chief of Defence Staff, in collaboration with other Service Chiefs to set up a special force unit within the Armed Forces, with dedicated counter terrorism responsibilities.
The President also said the Chief of Defence Staff and the Inspector-General of Police have been directed to put appropriate measures in place to ensure the protection of lives and properties of residents in the troubled areas while he urged the political leadership in the affected states and Local Government Areas to give maximum cooperation to them to ensure that the situation is brought under control within the shortest possible time.
However, unlike in the previous situations in Plateau State, the declaration of the State of emergency will not result in the removal of the Governors of the State.
In the speech in which he declared the State of emergency, the President noted that the activities of the Boko Haram which â€œbegan as sectarian crises in the North Eastern parts of the country has gradually evolved into terrorist activities in different parts of the country with attendant negative consequences on our national securityâ€.
The President also noted that Government, as parts of efforts to tackle the security challenges posed by Boko Haram had constituted a Presidential Committee under the Chairmanship of Ambassador Usman Gaji Galtimari, to ascertain the immediate and remote causes of the crises.
He however noted that while efforts are being made to implement the recommendations of the Committee, the security challenges posed by Boko Haram have assumed a terrorist dimension with vital institutions of government including the United Nations Building and places of worship becoming targets of terrorist attacks. â€œWhile the search for lasting solutions is ongoing, it has become imperative to take some decisive measures necessary to restore normalcy in the country especially within the affected communities. Consequently, I have in the exercise of the powers conferred on me by the provisions of section 305(1) of the Constitution, declared a state of emergency in the following parts of the federation, namely:
(i) Borno State
a) Maidugiri Metropolitan LGA
b) Gamboru Ngala LGA
c) Banki Bama LGA
d) Biu LGA
e) Jere LGA
(ii) Yobe State
a) Damaturu LGA
b) Geidam LGA
c) Potiskum LGA
d) Buniyadi-Gujba LGA

e) Gasua-Bade LGA
(iii) Plateau State
a) Jos North LGA
b) Jos South LGA
c) Barkin-Ladi LGA
d) Riyom LGA
(iv) Niger State
a) Suleja LGAâ€
Jonathan said the closure of the land borders contiguous to the affected Local Government Areas is to control incidences of cross boarder terrorist activities. The President noted that terrorists are taking advantage of lack of effective policing of the borders to strike at targets in the country and retreat beyond the reach of Nigeriaâ€™s law enforcement personnel. The President said the closure of the borders will be an interim measure which will be reviewed as soon as there is noticeable improvement in the state of security in the affected areas. Jonathan assured the countryâ€™s neighbours, especially within the ECOWAS sub-region, of Nigeriaâ€™s commitment to its international obligations as provided by the ECOWAS Protocol on Free Movement of Persons.
President Jonathan however did not explain the nature of the state of emergency in his speech, but rather noted that details of the proclamation will be transmitted to the National Assembly as soon as they reconvene from their current recess for their necessary action.
â€œI commend the efforts of our political leaders at various levels as well as our traditional and religious leaders for their support for the various conflict resolution mechanisms and peace building measures that have been initiated by this administration. We call on the citizenry to continue to provide useful information to our law enforcement agencies to enable us arrest the situationâ€, said the President.
While speaking during his visit to the scene of Christmas Day suicide bomb attack in Madalla, President Jonathan had described Boko Haram as a group which was harmless but has now grown cancerous. The President who met and console with relatives of some of those who died in the suicide attack said the intention of the Boko Haram group is to destroy the country. “And Nigeria, being the body, they want to kill it. But nobody will allow them to do that”. For the second time in two days, Jonathan reiterated the determination of his administration to crush the Islamic sect: “We will crush the terrorists. If there are institutions which are harbouring terrorists, we will deal with them.”