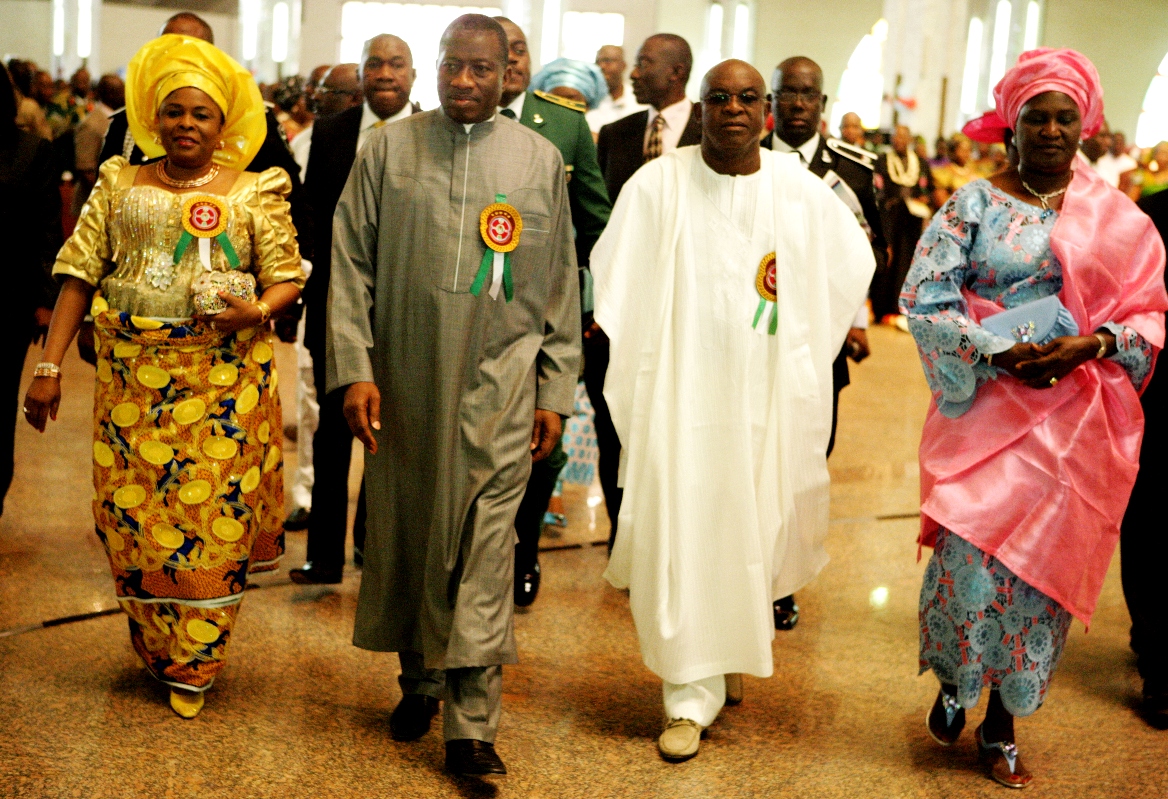 President Goodluck Jonathan chillingly revealed at a church service organised to mark the Armed Forces on Sunday that members and sympathisers of Boko Haram, the militant Islamic sect that have claimed responsibility for a series of bombings in some parts of Northern Nigeria and Abuja can be found in the parliament, the security agencies and the judiciary.

The President who has come under pressure, especially from Christian Association of Nigeria, CAN over recent killings of Christians and Southerners by the fundamentalist group in Gombe, Adamawa, Yobe and Bauchi States said the fact that it is difficult to identify members of the group has even made it difficult for government to fight them.

He added that the security challenge posed by the militant sect was even worse than that of Nigeria civil war. “During the civil war, we knew and we could even predict where the enemy was coming from. But the challenge we have today is more complicated,” the President said.

“I remember when I had a meeting with elders from the northeast and some parts of the northwest where the Boko Haram phenomenon is more prevalent. Somebody said that the situation is bad, that even if one’s son is a member, one will not even know. That means that if the person will plant a bomb behind your house, you won’t know.”

It was the second time that the ongoing gun attacks against Christians/Churches will be compared to events of the Nigerian civil war.

Pastor Ayo Oritshejafor, President, CAN had at a press conference on Saturday said attacks against Christians in the North, most of whom are Southerners amounted to “religious cleansing” comparable to events in the run-up to the Nigerian civil war.

President Jonathan had after the Christmas Day coordinated bombings across some states in the North, the worst of which was at a Catholic Church, Madalla, a suburb of Abuja slammed a state of emergency on areas where Boko Haram has been very active. The Sect has claimed responsibility for the series of suicide bomb attacks.

In reaction, the fundamentalist sect had given Southerners and Christians a three day ultimatum to vacate the Northern part of the country.

The ultimatum expired last Wednesday and the sect has since then embarks on gun attacks on Christians and Christian’s targets that have resulted in the death of over 40 Southern Christians across the states of Gombe, Adamawa, Yobe and Bauchi so far.

The sect has claimed responsibility for the killings. “Declaring state of emergency in some local governments obviously has not done any good. Definitely we are going to do what we have to do to protect ourselves. We cannot seat back and watch people being slaughtered like animals, everyday, going to the church place of worship, shooting them, this is unacceptable” Pastor Oritshejafor said after an emergency meeting of CAN in Abuja.