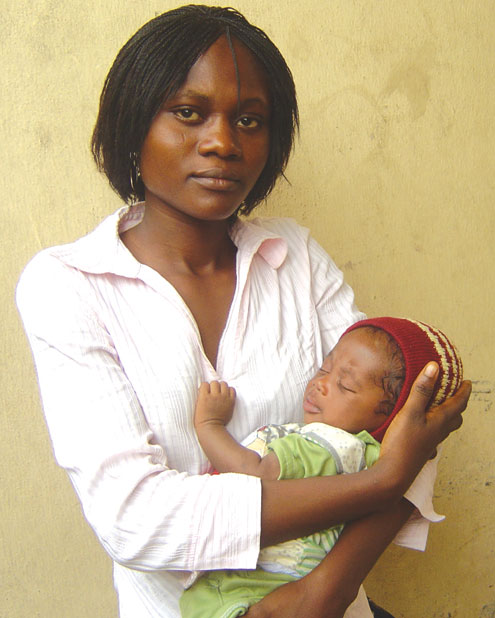 A 26-year old man, Ibrahim Oladele who drugged his wife, Damilola Balogun after she delivered her baby boy and sold the baby to an Onitsha-based business woman, Umeokoli Rebecca for N350,000 has been arrested and arraigned. 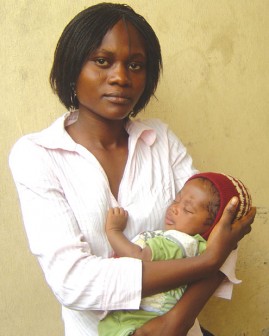 Oladele, who hails from Ekiti state, was charged before an Ikeja magistrate’s court sitting in Ojokoro, Alagbado, Lagos State, southwest Nigeria with conspiracy and stealing.

He was charged along with two medical doctors, Dr. Okosun Timothy Olugbemi, 36, and Adesina Sultu, 33, the nurse that delivered the baby Mrs. Adetutu Abiola as well as Rebecca who bought the baby.

P.M.NEWS gathered that Oladele, who lives at 19, Ilupeju Street, Alagbado, a suburb of Lagos, took his wife to a private hospital at Bariga where she was delivered of a baby boy after which the shady deal was sealed.

P.M.NEWS learnt that after Damilola was successfully delivered of her baby, the doctors, with the consent of Oladele, alleged drugged the woman and she slept off. This afforded them the opportunity to steal and sell the baby.

Rebecca who resides in Onitsha, Anambra State and could not bear a child of her own was contacted to buy the baby for N350,000.

She was given the certificate of birth.

She took the baby to her base in Anambra State and not quite long that she was celebrating her success in getting a baby boy she was searching for years, that her joy turned to bitter experience. Damilola suspected a foul play days after she regained consciousness and the matter was reported to the police.

Rebecca was arrested in Anambra and brought to Lagos with the child. She is now facing a criminal charge of stealing the baby.

Oladele was also arrested and his confession led to the arrest of the accomplices.

The prosecutor, Mr. Thomas Nurudeen told the court that the suspects conspired and sold the baby which was later recovered in Anambra state. They pleaded not guilty.

The presiding magistrate, Mrs. A.F. Adeeyo granted them bail in the sum of N200,000 with two responsible sureties.

The matter has been adjourned till 4 May, 2012 for hearing.