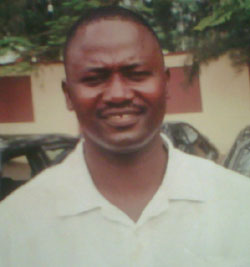 Speaking with P.M. Entertainment after an impressive performance at the Federal Civil Service Club, Yaba, Lagos, recently, Alade with the stage name, Dave Orlando Olowo, said he had always had the ambition of singing even as manager to bands like Tap Root.

“I discovered that I have this talent long ago, but waited till the appropriate time to exhibit it,” he said.

According to him, he parted ways with his former boss, Babatola, peacefully, adding; “He even gave me his blessing. In fact, he is the most enterprising musician I have ever worked with – very brilliant, intelligent and unassuming, but very radical at times. I gained a lot from him musically and I will forever be grateful to him.”