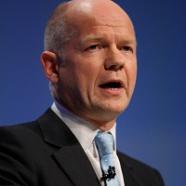 Britain and New Zealand have warned their nationals against travelling to parts of Nigeria after a series of terrorist bomb attacks in the Northern city of Kano left over 150 people dead.
In the wake of the attacks, the British Foreign Office updated its travel advice for Nigeria, warning people not to travel to Kano.
On its website, the FCO said: “We advise against all travel to Kano whilst the curfew remains in force and for those in Kano to remain vigilant and to exercise caution. DFID (Department for International Development) and British Council have limited their operations in Kano whilst the curfew is in place.”
It also urged British nationals in Nigeria to comply with all curfews.
Mr Hague said: “The nature of these attacks has sickened people around the world and I send my deepest condolences and sympathies to the families of those killed and to those injured.
“There is no place in today’s world for such barbaric acts and I condemn in the strongest possible terms those who carried them out. These events underline the importance of the international community standing together in the face of terrorism in all its forms.”
Also, the Ministry of Foreign Affairs and Trade (MFAT) has warned New Zealanders not to travel to Nigeria.
Certain provinces present an extreme risk to security says MFAT, with danger of kidnapping, armed robbery and other armed attacks.
There is also high risk to security elsewhere in Nigeria due to the threat from terrorism, kidnapping, violent crime and the unpredictable security situation. MFAT are advising against all tourist and other non-essential travel.
“Terrorist attacks could occur at any time and may be directed at locations known to be frequented by expatriates and foreign travellers. New Zealanders are advised to be security conscious at all times, particularly in public areas,” said a spokesperson.
Thirty seven New Zealanders are registered as being in Nigeria currently, but MFAT say they have no specific concerns for these people or any reason to believe they’ve been caught up in the recent drama.