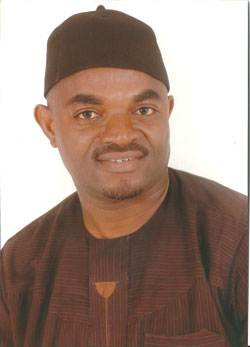 The much anticipated general election of the Actors Guild of Nigeria (AGN) has been scheduled to hold on Saturday, 17 March this year. As promised during swearing-in-ceremony, the incumbent president of the guild, Segun Arinze is not contesting for a second term, despite pressure from members that he should continue.

Arinze’s intention not to re-contest has however left the floor open for Emeka Rollas, Ibinabo Fibresima and Steve Eboh to battle for the number one seat in AGN during the election. Having contributed to the development of Nollywood over the years, all the three candidates stand a chance of emerging the next President of AGN.

In a chat, Arinze had told NollywoodReel that his priority is to oversee a free and fair election that will usher in new executives that will continue the rebuild of AGN from where he stops, adding that he would be fulfilled to see a candidates preferred by the majority of AGN members emerge winners of the election.

However, as the election continues to gather momentum, NollywoodReel presents the three candidates jostling for Segun Arinze’s seat and their chances.

EMEKA ROLLAS: He is the General Secretary of the guild, but like other executives in Arinze’s team who are eyeing other posts in the forth-coming election, he has resigned. The Chief Executive Officer of Rolling Pictures, a media and film production outfit, Emeka Rollas is no doubt the most popular among AGN members.

He is known to have more connection with actors, particularly from the grassroots level. “I think that is a very good leverage for him. Besides, he is experienced, having being in the mainstream of AGN politics for a long time,” a source said.

Rollas contested as president in the previous election, but later stepped down for Segun Arinze and settled for the post of General Secretary.

He is currently recuperating after a successful operation in an Abuja hospital.

IBINABO FIBRESIMA: She is a popular actress and former beauty queen. She has equally been part of AGN’s politics to an extent. She is intelligent and experienced. She could also use her influence to paddle the canoe of AGN to the next level, “But I don’t think she really stand a chance here,” said a source.

The source added that “Firstly, she is a lady and may not have the energy and patience to face the challenges of a tough guild like AGN. Secondly, she has been enmeshed in a couple of scandals that may work against her.”

On the other hand, some AGN members are of the opinion that she is the best among the other contestants.

STEVE EBOH: Fondly called Ajebo, he is no doubt a strong personality in AGN politics. He was the guild’s Vice-President, South-East, so he surely has the experience.

Steve was one of the actors that fought for the removal of Ejike Asiegbu as the president of the guild. He may not be that popular as an actor, he is definitely a force to be reckon with in AGN politics.