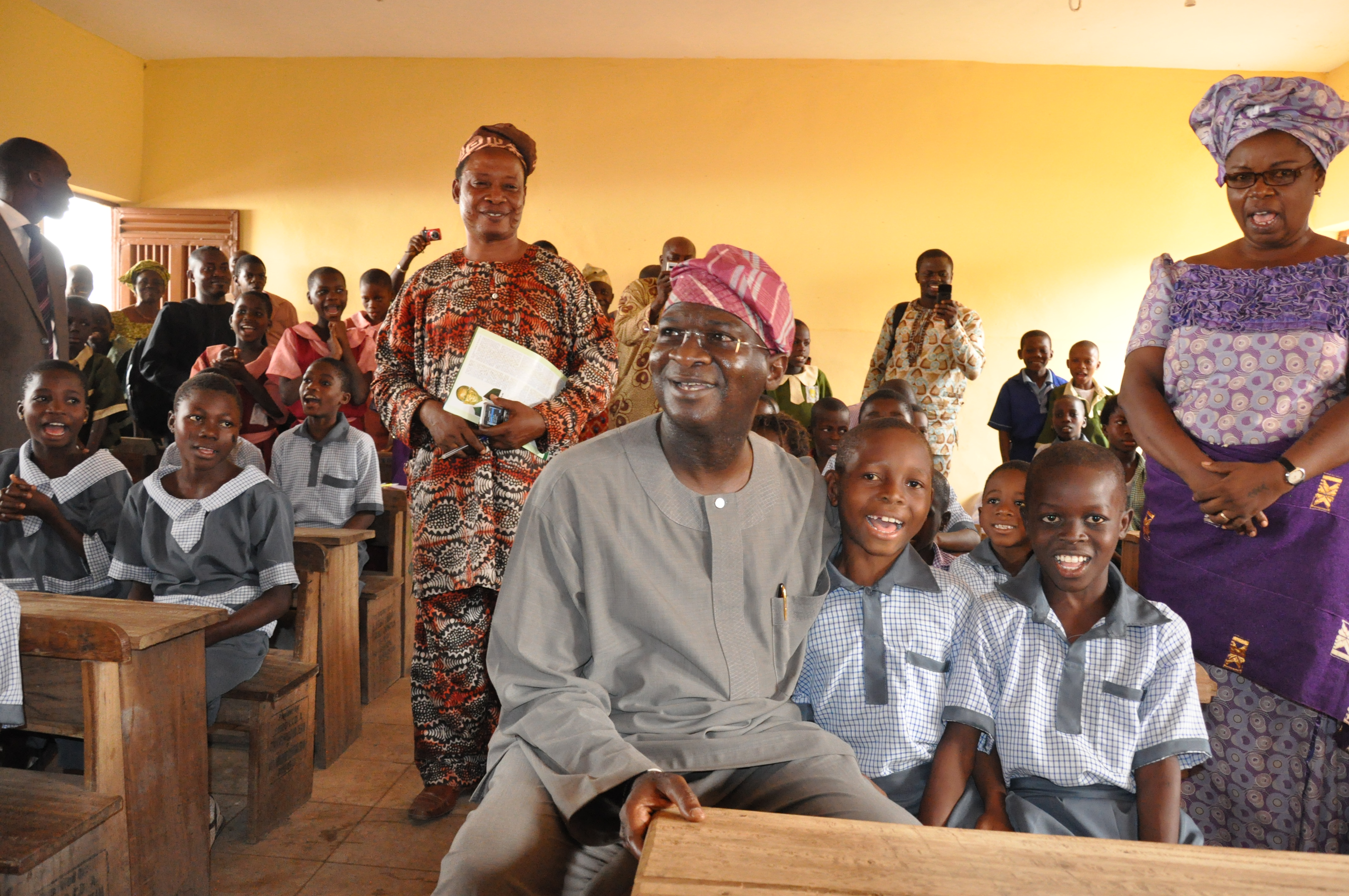 Lagos State Governor, Mr Babatunde Fashola (SAN) briefly returned to the primary school on Friday, as he sat among the pupils of Asiwaju Bola Ahmed Tinubu Primary School in Ejigbo.

It was at the hand-over ceremony of four projects embarked upon by Chairman of Ejigbo Local Council Development Area, Mr Kehinde Bamigbetan. One of them was the primary school, named after the national leader of the Action Congress of Nigeria and Fashola’s predecessor.

“I see this initiative as a response to my charge and also to the charge by the Lagos State House of Assembly that all Local Governments and Local Council Development Authorities in Lagos State must attain the full utility of their undoubted capacity.

“If one LCDA has not only championed the activities of the State Government to ensure that construction begins on the Ajao-Ejigbo Link Bridge and the adjoining roads in the way Mr Kehinde Bamigbetan has done and in addition issued a 4-in-1 statement in one day of his commitment to serve the people of Ejigbo”, Governor Fashola stated.

The Chairman of Ejigbo LCDA, Bamigbetan said the Council believes that it should complement at the council level the good work by the governor.

He said the Council decided to construct the health centre because it realizes that the Governor is very passionate about Primary Health Centres and has always been impressing it upon the Chairmen that they must make it possible for people not to have to visit tertiary hospitals for ailments like malaria and headache.

He commended Professor Osinbajo for the intellectual work, zeal and expertise which he brought to the litigation on the continued existence of the 37 LCDAs, stating that but for the outcome of the litigation he might not have an office to function in as a Chairman.

The ceremony was witnessed by the Deputy Governor, Adejoke Orelope- Adefulire, the members of the State Executive Council, the Lagos State Chairman of the Action Congress of Nigeria, Chief Henry Ajomale, the Member of the House of Representatives representing Oshodi- Isolo Federal Constituency 2, Hon. Hakeem Muniru, the Ojon of Ejigboland, Oba Maroof Ojoola.