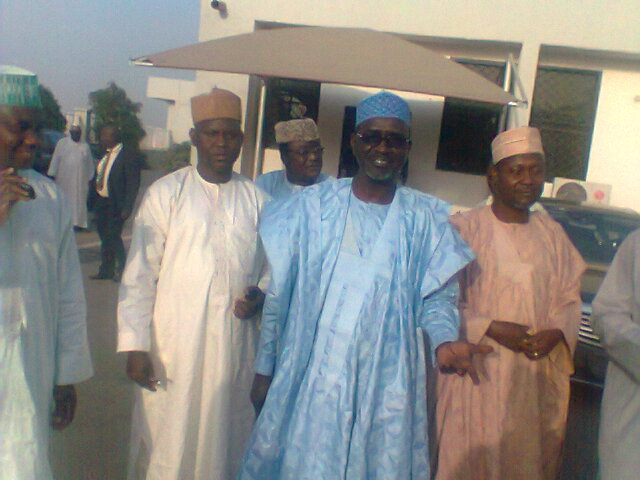 Former governor of Kano state, Malam Ibrahim Shekarau this morning at his Bompai residence, Kano, northwest Nigeria said that he was never arrested by the State Security Services, SSS, insisting that his eight-year administration did not pay a dime to sponsor the dreaded Islamic sect, Boko Haram.

Shekarau who said he was embarrassed at reports over his arrest by the SSS, however admitted that he made, “an informal visit” to the SSS headquarters, “to share information.”

According to him, his trip to Abuja last Monday was for a private meeting that lasted till 2 a.m. Tuesday.

The former governor who was also the presidential candidate of the All Nigerian Peoples Party, ANPP, prayed for the repose of the souls of the victims of the Kano bombs and added that he would not have bothered to comment on any issue at a time when Kano is mourning.

Shekarau refuted the allegation that his government was paying monthly allowances of N10 million to the Boko Haram sect via the Hisbah Board, describing the allegation as baseless and unfounded.

He recalled that on 24 January, a newspaper listed the names of some northern governors as sponsors of Boko Haram, “and my humble self was included,” stating that the allegation was first carried on a website and a “mushroom” newspaper.

He told reporters that he never in any way paid any money to the Boko Haram sect, “how can I have been committing the sum of N10 million to a small organization like the Hisbah Board for eight years made as payment to that group (Boko Haram).

“Two days ago, precisely on Monday, I departed Kano in the afternoon for Abuja to attend a meeting in the evening which lasted until 2 a.m. Tuesday. My schedule the following morning (Tuesday) was to pay a condolence visit to the acting Inspector General of Police, Mohammed Abubakar. An officer met me and said they have seen the advertorial putting the record straight over the allegation that I was paying allowances to Boko Haram during my administration as governor of Kano state.

“Like I always do, I visit security agencies like the Police and SSS to share information. Immediately I finished my condolence visit to the Inspector General of Police, I drove straight to the SSS office to honour an informal invitation by an officer who ran into me in Abuja. I even called and asked them to ease the road blocks so that I can finish the discussions on time and catch an IRS flight made to take off by 4 p.m.

“I joined the officer and we had very friendly discussion. I was seen off and I drove straight to the airport. I was at the presidential lodge at about 3 p.m. enjoying my small cup of tea when my aide called me and said he read on AIT footnote that I was arrested. I was seriously embarrassed. Immediately, I called the SSS officer and asked if there was a game. How can a friendly visit based on mutual understanding be turned into international news,” the former governor wondered.

Shekarau who even faulted the SSS press release that stated that he was “released” after three hours claimed that, “neither did anybody come to bail me or that I was bailed on personal recognition; so, the issue of release does not arise.”

Shekarau who goes by the title Sardaunan Kano, however, challenged Governor Rabiu Musa Kwankwaso’s administration to come forward with any document indicating that his administration paid N10 million monthly allowance to Boko Haram, “I think the person to have been invited to explain all this is the present governor who has all the documents.”