My Husband Thought I Was A Teenager 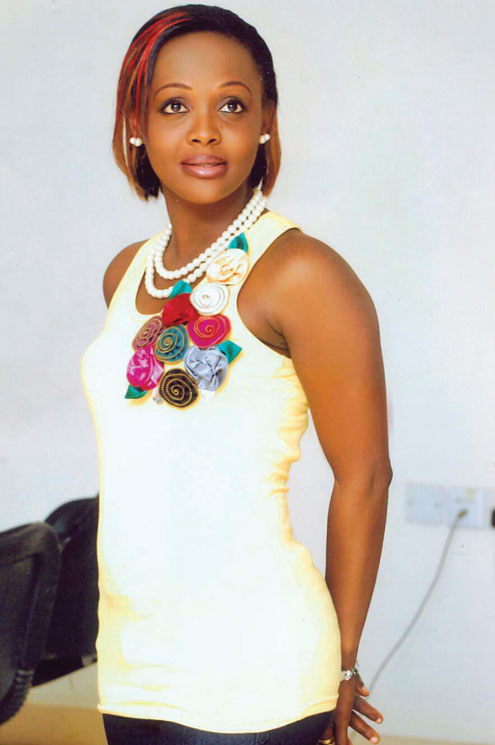 Popular comedienne, Helen Paul-Bamisile, otherwise known as Tatafo, in this interview with P.M. Entertainment, speaks about her marriage, career and the challenges of being a mother

What is happening to Helen Paul?

Nothing much is happening to Helen Paul. She is still developing herself, working on a couple of things. She is also working to be a better comedian and so on.

Are you going into music as some comedians are doing now?

I have not started thinking along that line, but I believe all things work together for good. If you have any gift, its better for you to use it; showcase it and see what God can also do through that. There is nothing bad trying to bring out different talents inside of you.

Can you recall how you started comedy?

I started when I was in UNILAG. I didn’t know I was going to be a comedian actually. It happened that someone was having a show and the comedian that was supposed to show up did not come, so I playfully suggested to the organisers that I could do it and that was how it started. Gradually, I was moving on with the show and the audience loved me. After the show, someone invited me to anchor a wedding but during that week I saw an interview of Alibaba where he talked about how to anchor a wedding, I did it and it was fantastic! Before long, everyone started calling me to be MC at one wedding or the other and before I knew it, events anchoring started rolling in and people started to refer to me as a comedian. Before I knew what was happening, money began to roll in. I decided to stick to it and ever since, I have been thanking God for it.

Considering that you are a playful person, did it ever crossed your mind to be a comedian?

Well, not as a comedian. I never saw myself as a comedian because apart from the fact that I play a lot, I have this sanguine attitude, though inside I am more of a choleric.

But people enjoy the sanguine side of me more. I was always having it in mind that I was going to be an actress or someone who was going to sing or lecture children someday; that was my dream but when this happened I said fine; that’s good. I thank God, comedy is still part of acting and all that.

Your fame has been rising. Have you had difficulties handling it?

Well, I have not started seeing myself as a big star yet because I still walk freely on the streets and I know of stars who can’t walk freely on the streets. The challenge basically is that some people expect more. May be they expect so much from you but they don’t get it. And they forget that you are human and the fact that you perform on stage doesn’t mean you don’t have attitude. They expect you to always have that perfect, prim and proper attitude and I am still praying to God to help me strike a balance. I am not Jesus Christ.

How were you able to combine your art and studies while you were in Unilag?

Most of the time, I would say to myself that God should just let me do the right things at the right time, in the right place and with the right set of people. So, when it was time for lectures, I went for them. Though it was not easy, I tried to make sure I didn’t miss lectures. However, it is not every time that you have events or engagements to honour. So, at such times I sat down and read or went for Arts rehearsals. We did more of practicals so I needed to be around. And I was always enjoying my practicals. So things were just working together for the better.

How did you carry yourself among your colleagues as a popular face?

Me, I don’t know o. I was just myself playing with everybody and cracking jokes and yabbing everybody. Some liked it and some did not like it and I know in life, everybody can’t like you. So I was just enjoying myself. I am a free-spirit-minded-happy-go-lucky girl.

How do you cope with the trend since you didn’t plan to be a comedian?

Sincerely, I will not say this or that is the particular thing I do. I will just say it’s God at work. When they invite me for shows I just see the crowd and flow with it. I think I just liked to play on stage. And before I knew it, things would have started happening. What I know is that it’s not by my power but the grace of God. There are no 10 secrets or 20 ways to become a comedian that I read. I am a spontaneous person; right there and then I just look at you and crack jokes.

So how did you become an on-air-personality?

That also I did not know I was going to do. I went to visit a friend, Matthew, in the studio and he said: “Helen, this your voice that we use to play and do Amebo with, why don’t we use it to do something I was dreaming of?” and before I could say jack, other things started rolling in again and I believed more will still come.

I grew up with my great grandmother and my mama used to spank me a lot at Fadeyi, Lagos, southwest Nigeria. We were not very rich but the discipline was there. When Mama talked to you with sign, you must get it. If mama blinks her eyes or coughs, she means something. While growing up I used to watch films on the TV. I watched Checkmate, Fela, Michael Jackson and all those great performances and I used to say to myself that one day, I would be a star, but how, I didn’t know. But luckily for me the comedy and radio presenting of a thing came along.

Do you have plans to go into movies seriously?

Yes, I really want to be an actress. It is not an easy thing because sometimes you go to a location for a period of time as planned, but you end up staying so much longer and all that. So I am still trying to get prepared. But I have done one movie with someone I admire so much in the Yoruba movie industry. That is Funke Akindele. She invited me for a role and I passed and I was very glad. I can’t wait to see myself in that movie and ever since people have started calling me for other roles.

What is the difference between when you were a spinster and now that you’re married with a son?

There is a difference. That time when bros would come and check me in school, he would bring cornflakes, milo and all sorts of things. Sometimes, it would be raining and I would tell him to hold on while I quickly apply my powder and rush to see him downstairs. But now, I will be the one to cook in the house. And when he’s coming home, though he still buys apple, orange and what have you, the beauty that your boyfriend bought you ice cream and all that and your room mates are screaming he loves you, is no longer there. So I miss that (laughs). But I am enjoying myself in the house because every woman wants to be married. Being a mother is also one of the best things that have happened to me. Though it is quite challenging, God has given me the strength to continue, so I’m happy.

How did you meet your hubby?

He used to be Brother and now he’s Femi (laughs). We met through some friends and uncles. He heard some of my jobs and he was like, ‘are you sure she’s not a teenager?’ And from there, it was like Brother Femi, bawo ni? (How are you) and the rest is history now.

How did you feel the day he asked you out since you were already playing?

I was laughing. I was like Brother Femi, are you serious? Are you playing? But before I knew it Brother Femi had taken me far and we are now living in the same house.

At what point did you decide to give your heart to him?

Give my heart to him? Brother Femi is nice, he’s good. So there is nobody who would see him and would want to withhold his/her heart from him.

Who are your favourites in the comedy world?

They all have their qualities. For Koffi, I admire his maturity at handling issues. For Julius Agwu, I admire the fact that he doesn’t want to believe he’s old so he’s still keeping on with the young ones. For Alibaba the daddy, I admire him for bringing people together as one. Omobaba, fine boy, I admire him so much, especially the way he plays with himself. Lepacious Bose and Princess I also admire, they all have their uniqueness.

Where do you hope to see yourself years to come?

I really don’t want to boast, but I don’t see myself as an ordinary being. I see myself as a great blessing to my generation and five, 10 years from now, I will be standing strong, making things happen because God is going to use me. That is all I know. You don’t need to be a pastor before God uses you. I want people to see me and say, “God, I thank you for this girl.” That is what I want.

How fashionable would you say you are?