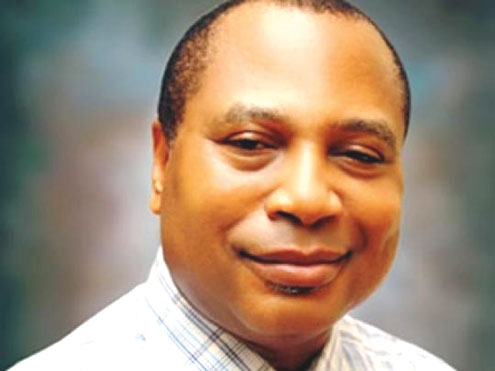 The Nigerian Communications Commission, NCC, says it will bar unregistered subscribers from the country’s mobile networks by the end of March this year

Though a lot of Nigerians have registered their SIM cards, Juwah said there were plans to bar unregistered subscribers from making calls with their SIM cards until they complied with the directive to register them.

The NCC boss hinted that the data collected during the six-month SIM registration exercise was being uploaded onto the NCC back end servers in Abuja, saying this was taking time due to the volume of the data.

He said: “The SIM card data is currently being uploaded at NCC onto our backend servers. So, it is a huge effort. There are operators who have registered 40 million subscribers and there are some who have registered less. Therefore, it takes time to upload these heavy data.

“It contains details in words, pictures, fingerprints and all of that. I can tell you that to upload something like 20 million subscribers will take weeks. So, we are about concluding the uploading, though, we are a little behind schedule. But there is nothing you can do when some of the operators are having difficulty in uploading the data.”

Juwah added that there would be a nationwide automatic verification of subscribers’ registration status when data uploading was completed.

“There will be an automatic verification of the registration status. In about a week’s time, we will come out to tell the country how this is going to be done,” he said.

According to him, the process will enable subscribers to verify their registration status themselves.

He said the verification would go on for about 30 days with the aim of allowing those with erroneously imputed data to correct them.

Any unregistered SIM cards after the verification scheme, according to him, will be barred until they are registered.

Juwah said SIM registration was a continuous exercise, adding that “even if we bar the subscribers from registration, we still need to give them the opportunity to register them as a condition to be able to make call.”

Meanwhile, the commission has said the implementation of mobile number portability will begin in the country in September.

The number portability scheme will allow subscribers to move from one network to another when they are no longer enjoying the quality of services or tariffs being obtained from the former without losing their original numbers.

Juwah said the commission was on the verge of licensing operators, who would implement the scheme.

He specifically said that operators would be licensed in the first week of February, with the grace to roll out infrastructure in the next six months.

This, according to Juwah, will be followed by another two months of equipment and service testing before the final take off of the scheme in September.

He said, “By the first week of February, we are issuing licences to our operators of number portability in Nigeria. Having issued these licences, the operators will have six months to build the infrastructure with an extra two months to test the facilities, making a total of eight months.

“We expect that most likely, the number portability service will start in September this year. The licence that is being issued is quite clear on that.”

Juwah had earlier indicated that the number portability programme would be the next logical step following the SIM card registration exercise, adding that it was necessary to know the identity of subscribers, who would be porting their numbers at different times from one network to another.

In view of this, the NCC had appointed a consortium of three companies; Interconnect/Saab Grintek/Telecordia; as the preferred implementers of number portability service in the country.

The consortium, according to Juwah, will be responsible for the set up and implementation of the Number Portability Clearing House and provide mobile number portability solution administration in the country.

In an earlier statement, the Head, Media and Public Relations, NCC, Mr. Reuben Mouka, had said the members of the consortium were to execute a tripartite agreement that would indicate their specific responsibilities in the process with the regulator approving such agreement to tally with the conditions of the provision of the service.