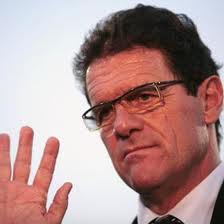 Fabio Capello quit suddenly as England coach on Wednesday in a dispute over captain John Terry, throwing the national team’s preparations for the European Championship into turmoil, the Associated Press has reported.

The Italian, whose contract was due to expire after Euro 2012, resigned during an hour-long meeting with Football Association executives at Wembley Stadium after four years in the job.

The drama unfolded hours after Tottenham manager, Harry Redknapp, who has long been considered Capello’s likely successor, was cleared by a British jury of tax evasion.

The FA said nothing in its statement on Wednesday night about the process for replacing Capello.

“We have accepted Fabio’s resignation, agreeing this is the right decision,” FA Chairman David Bernstein said. “We would like to thank Fabio for his work with the England team and wish him every success in the future.”

England’s next match is a friendly against the Netherlands on Feb. 29. The team’s Euro 2012 opener is against France on June 11—a month after the Premier League season ends.

Gareth Southgate, the former England captain who is now the FA’s head of elite development, said an interim coach could take charge of the team against the Dutch while the search for a full-time successor continues.

That could leave Redknapp clear to complete the season with Tottenham, which is third in the Premier League and in contention for the title, before taking the England job.

If an interim coach was to be appointed, former Manchester City manager Stuart Pearce is already in place as he runs the British Olympic and England under-21 teams.

“Stuart Pearce is in the building and with the under-21s,” Southgate told the BBC. “But you have to think for the summer: can you get the person you want for the longer term? Because the leading candidates are with clubs at the minute.

“Harry Redknapp is one of leading candidates but Tottenham will have something to say about that, and (Tottenham chairman) Daniel Levy is not going to want Harry to leave without a fight. So there’s an awful lot to work out in the next few weeks.”

Bernstein has said it would be “preferable” for the next coach to be English with Capello and Sven-Goran Eriksson of Sweden having undertaken the role in the past decade.

Any new coach, though, might seek assurances about his authority over the team.

Bernstein publicly undermined Capello last week by announcing that his view was not considered when the captaincy was stripped from Terry. The Chelsea defender is facing a criminal trial for allegedly racially abusing Queens Park Rangers defender Anton Ferdinand during a game in October.

Capello criticized the decision on Italian television, stating it was “absolutely” the wrong move.

“After the weekend it was clear there was going to be some conflict,” Southgate said.

Such a public spat with his employers appears to have made the 65-year-old Capello’s position untenable.

“I would like to stress that during today’s meeting and throughout his time as England manager, Fabio has conducted himself in an extremely professional manner,” Bernstein said.

Capello’s only statement on Wednesday was to describe media reports in Italy that he had criticized the FA as “false.”

“I haven’t said anything and I won’t say anything,” he told Italian news agency ANSA.

Capello replaced Steve McClaren in the job in 2008 and revived a team at its lowest ebb after failing to qualify for Euro 2008.

After a lengthy honeymoon following a perfect World Cup qualifying campaign, the aura of a once-renowned disciplinarian started to fade in South Africa in 2010.

Capello started to feel the kind of pressure he was used to when coaching Real Madrid and AC Milan, with his decision-making coming under serious scrutiny as England slumped out of the tournament in the round of 16.

Capello clung onto his job, reviving the spirit in the England camp and starting to bring young talent into the team ahead of Euro 2012.

“The question everyone is asking, fans and players, where do we go from here?” England midfielder Jack Wilshere wrote on Twitter. “Euro’s is just around the corner and we have no manager?!?”

Capello’s record as England coach eclipsed that even of Alf Ramsey, whose 1966 World Cup triumph is still the last—and only—time the country has won a major tournament.