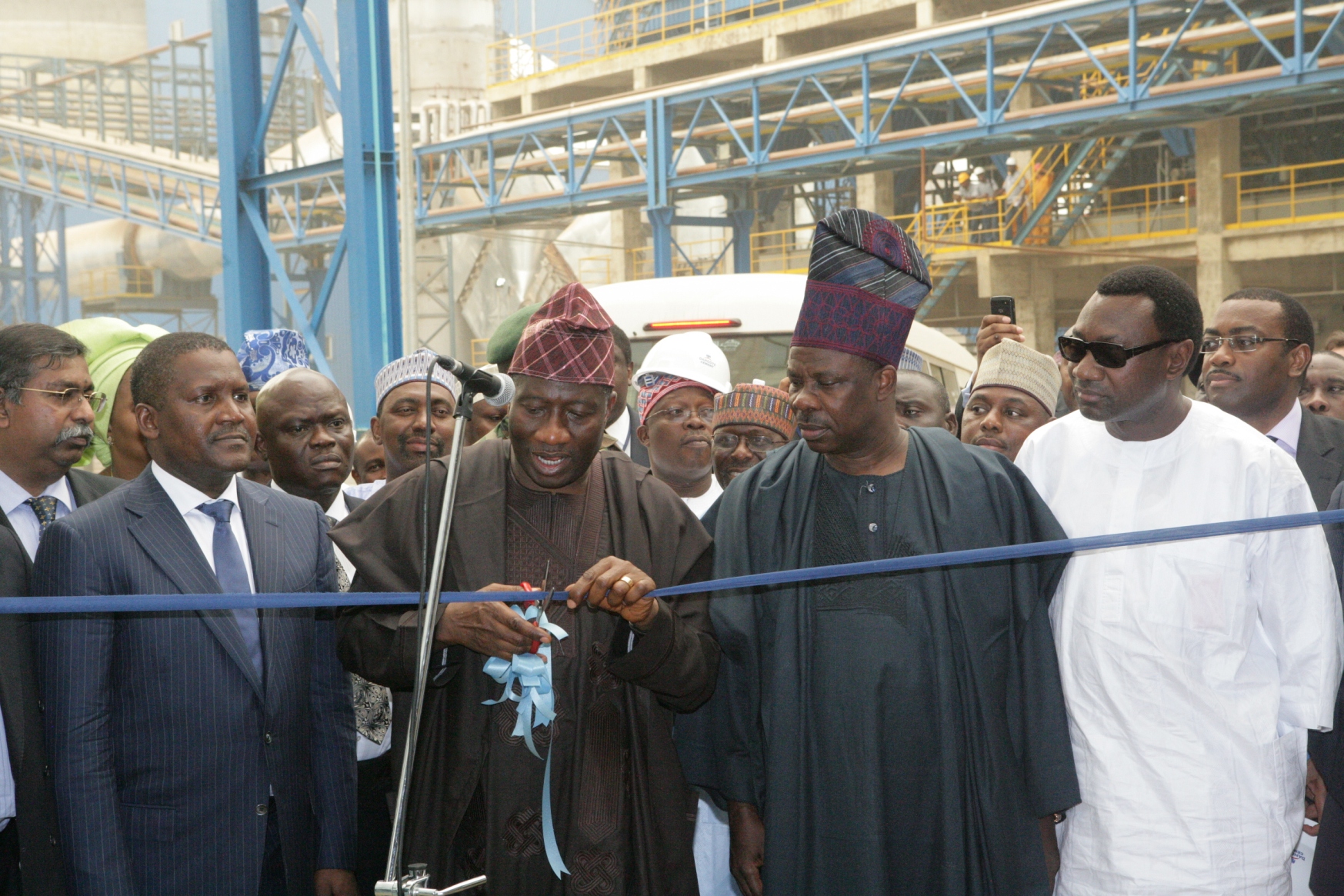 The ceremony was witnessed by business moguls and bankers. Governor Ibikunle Amosun, the host governor was also in attendance.

The $1 billion plant has capacity to produce 6 million metric tonnes of cement per annum.
“With the commissioning of the Ibese plant, Nigeria has been transformed from major importer of cement to self sufficient in production and export. We are working towards making the company one of the eight biggest producers of cement in the world.”

Other Dangote cement plants are the Obajana plant in Kogi State with 10.25 mtpa and the Gboko plant in Benue State with 4 mtpa. The three plants have a combined capacity of 20.25 mtpa.
The billionaire said at the commissioning that the capacity of the Obajana plant would would be upgraded to 15 mtpa in the next two years, which would make it the world’s biggest cement plant