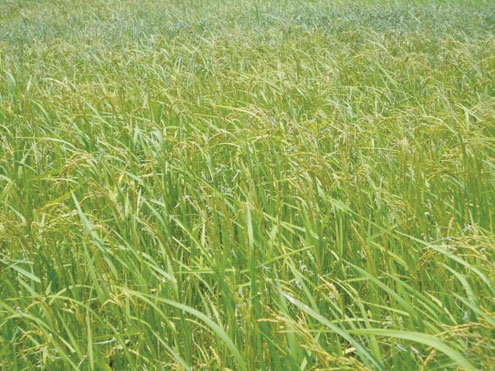 With a population of over 18 million, Lagos State, southwest Nigeria, no doubt, is faced with copious challenges. The United Nations projected that by 2015, the population of Lagos would be about 25 million, making it the third largest mega-city in the world, after Tokyo and Bombay. Apart from the problems of slums, with its attendant effect, feeding a population of such magnitude is an onerous task. The need for foresight by the government of the day, to handle these challenges, is imperative.

Faced with these challenges, the Lagos State Government, under the administration of Governor Babatunde Fashola in last four years has taken the bull by the horns to boost food production and ensure food security. Government’s blueprint for agriculture is being piloted by the Ministry of Agriculture and Cooperatives. At the helm of affairs of the ministry is Prince Gbolahan Lawal.

In the agricultural sector of Lagos abounds enormous potentials, waiting to be explored. Recently, the government unveiled its agricultural potential and plans to ensure food security to feed the over 18 million residents, and perhaps export the surplus to other states of the federation.

One specific area the government is focusing on to boost food production and enhance food security is rice production. The state is aggressively scaling up production of rice locally through the Agriculture Ministry. 200 hectares of land is being cultivated for this purpose at Itoga, Badagry area of Lagos. The Itoga Rice Farms is one of the biggest rice farms in Nigeria and can make Lagos self-sufficient in rice production.

Nigeria, Africa’s most populous nation, is the biggest consumer and importer of rice on the continent. The country is forecast to import about 1.9 million metric tons of the grain annually, or about 41 per cent of its 4.65 million ton forecast consumption, according to the U.S. Department of Agriculture, which also forecast production at 2.7 million tons.

Currently, the Federal Government spends N359 billion on rice importation annually, yet without the desired result. The need to put machinery in place to produce rice locally in mechanised form is thus paramount.

“We cannot rely on imports. We are looking to acquire land in neighbouring states as Lagos is land poor. Lagos is a microcosm of greater Nigeria. “Its 18 million inhabitants consume the most par-boiled rice in the world, with an average of 34 kilograms per person per annum,” he added.

Fashola’s estimates of production and imports are higher than those of the USDA. “Legal imports into Nigeria are about 1.6 million tons a year and another 450,000 tons are smuggled from neighbouring Benin; production is 3.4 million tons,” he said.

The objective of the projects includes stimulating expansion of the sector, economic growth, poverty eradication, economic empowerment and price stability. More than 152 hectares has already been cultivated with the long grain improved rice variety.

As Governor Babatunde Fashola puts it, “we are importing about a million metric tonnes of rice and Lagos and parts of the South West account for a sizeable part of this, close to 500, 000 metric tonnes. The mill is a decisive step by my administration to address the food security challenges of the State.

“But it does more than that. It shows the readiness of this administration to pursue agriculture as a viable sector of our national economy. It will provide jobs, it will bring life to this town; it will re-energize Ikorodu and Imota as a major industrial centre and agro-allied industry. There is plan for a dairy farm to produce milk, there is also plan for tomato puree and juice canning.”

Last December, a government team visited the Itoga Rice Farm and the Imota Rice Mill, Ikorodu on inspection. The team, led by Fashola, was happy that Lagos could now boast of being a major rice producing state in the federation.

According to Fashola the Itoga Rice Irrigation Facility in Badagry is one of the state’s projects on which rice has been planted in the last four years under the Rice for Job Scheme for young school leavers, adding that, “we have also realised that we can improve on the yield being delivered per hectare of rice and one of the components of improving the yield is adequacy of water supply, so we have commissioned this irrigation system on the advice of our agricultural consultants on rice. The state government has also secured technical partnership to provide irrigation system and now it is being installed.”

With the Itoga Rice Irrigation Facility Project site in Badagry, and the 20,000 tonne capacity Rice Mill in place, the state government could now scale up capacity to produce more rice locally to reduce import dependence.

It is note worthy that in the last four years, all of the rice cultivation done in the state was about 20 hectares. With the increase in rice production, the need for a rice mill to process the rice is vital

“Today, we are cultivating almost 200 hectares of rice and as our cultivation capacity rose, we realised first that before we grow in the acreage that we cultivate, we have to develop the capacity to mill, bag and store our rice.”

On maintenance of the Mill, Fashola said, “I think our track record speaks for itself. Maintenance has become a culture for us in Lagos. You will see our entire infrastructure that we built, the roads, hospitals, clinics and schools, they are under one maintenance contract or the other,” adding that those doing it are small and medium scale firms.

Commissioner for Agriculture and Cooperatives, Gbolahan Lawal said with the Rice Farm and Mill in place, Lagos is set to embark on massive local production of rice in order to solve the problem of hunger and poverty in the state.

He stressed that the state government has decided to place agriculture on the front burner in its policy implementation, adding that the various agricultural programmes in the state were aimed at guaranteeing food security in and outside the state.

Lawal explained that despite the fact that the larger part of Lagos land mass is covered by water, the quest to get people food to eat and create jobs for the teeming unemployed youth has continued to take a prominent position in the state government’s policies.

Experts are of the view that if the Lagos government could sustain the rice project, it will be a major exporter of the commodity to other states and the West African sub-region. Apart from that, it is expected that the price of rice will drop drastically as massive production of local rice will compete with the imported ones.