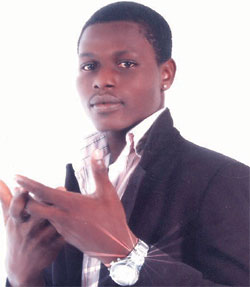 The former member of a 4-piece music group, Mass Squad, disclosed that the concept is centred on his belief that with hard work and dedication he will definitely make it in life.

Stash, who started music while he weas in the secondary school, said the single is produced by Ono and is already enjoying air play in many radio stations.

Badmus, former student of National College, Gbagada, Lagos, hails from Ibadan, Oyo State. He disclosed further that he does not look up to anybody as his role model hence he wants to be himself and be role a model to others.