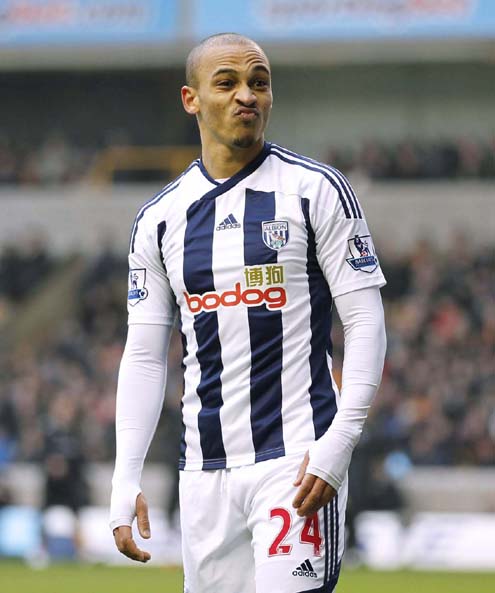 Nigerian star, Osaze Odemwingie was in superb form this evening as he scored a hat-trick to help West Brom crush Wolves 5-1 in their English Premier League tie. 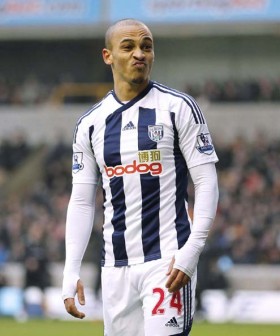 The away victory earned the Baggies three points and bragging rights in the Black Country derby at Molineux.

Both sides are haunted by relegation and it was the visitors who took the lead after 34 minutes through Osaze’s strike.

Steven Fletcher equalised on the stroke of half-time, but Roy Hodgson’s side wrapped up the points in after the break through Jonas Olsson, Keith Andrews and two more goals from Osaze, who now have six goals this season.

Boos rang out from the home fans at full-time following the defeat which sends Wolves into the bottom three on goal difference.

However, Albion were left wondering how they failed to wrap up the points during the opening period.

They cut through the Wolves midfield at will with Jerome Thomas and debutant Liam Ridgewell finding acres of space down the left flank.

Only a series of fine saves from Wayne Hennessey kept Wolves in contention.

But ultimately they were second best and one wonders how long much longer Morgan will keep faith with McCarthy after this dreadful performance.

Albion, were the first to settle and Hennessey denied winger Jerome Thomas at point blank range after Kevin Foley had been pulled out of position.

The Wales number one dealt with an effort on goal from Baggies debutant Liam Ridgewell and then Thomas dragged a low shot wide.