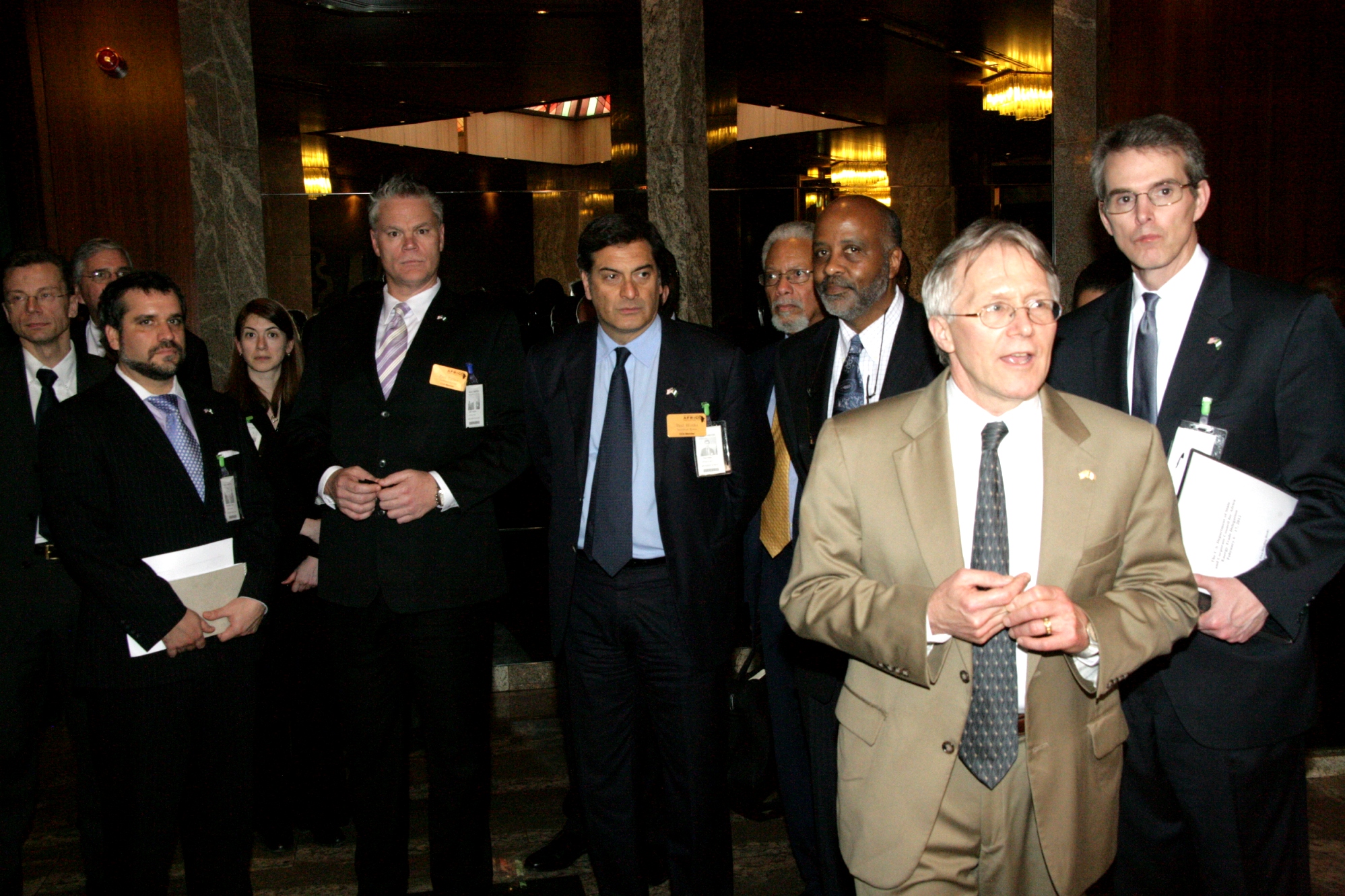 US trade delegation in Nigeria

President Goodluck Ebele Jonathan has said his administration has the political will to support investors in Nigeria, and create an enabling environment for investment.

He said, “I am pleased you are interested in the power sector, and assure you that Government has the political will to support all investors in Nigeria”.

President Jonathan said already, efforts to make business easier in the country had led to the reduction of the time required to clear goods at Nigerian ports from two months to seven days, adding that a target of 48 hours would be attained soon.

The President stated that the nation’s “power sector is a challenge and an opportunity for us as a people”. He observed that the country faces a challenge in terms of power generation, transmission and distribution.

Government, he noted, is committed to power sector reform, because investment in the sector would open massive opportunities for the youth, enable the small and medium enterprises to flourish, create jobs and change the life pattern of the people.

“Power is quite significant, it is a critical turning point for development. We welcome your interest, and need United States’ support to extend our power generation, transmission and distribution”, he said.

“Nigeria’s roadmap to power supply is interesting and the United States strongly supports it”, he said, adding that “the momentum is building up” towards sufficient power supply in Nigeria.

He said the delegation included large companies such as General Electric and Chevron, to show the seriousness of the mission.