Lagos: Before The Rains Come Again 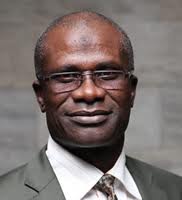 Last Monday (February 13) Lagosians, in some parts of the city, had another taste of bad weather when a stormy rain wreaked havoc and left people with tales of woes.

The rain was short but damaging, as it brought with it a powerful wind that spared no item. It blew up roofs of many buildings, uprooted electricity poles, pulled down communication masts, uprooted trees and shrubs and sent a school teacher to his early grave, all in less than one hour. At the end of the rain, a lot of people lost many valuables while many others could not even ascertain its devastating effect on their lives. People in highbrow Ajah, Surulere and Obalende as well as those in areas like Ejigbo, Ojo, Iba Estate, Igando and Oto-Awori had real bad taste of the rain.

However, from the nature of the rain, it is obvious that the rain may come sooner than expected this year and that it may be heavier with stronger wind that can do much damage and obstruct the settings of the world.

Last year, we thought we have had the worst of bad weather, as hell was let loose with the deluge of heavy rain that pounded the Earth in ceaseless frenzy, thereby causing untold hardship, deaths and turmoil across the globe. We thought the hurricanes, typhoons, tsunamis, etc, had actually gone with year 2011, especially since we prayed fervently against a re-occurrence of the experience of the Noah’s race. Back home, we thought Lagosians will no longer have the unfortunate experience of July 10, 2011, in which the city experienced 16 hours of torrential rain.

Unfortunately, signals from meteorologists for this year indicate another gruesome season, if not worse. Already, Climate Change has started dealing a heavy blow to Europe and even down to North Africa, as more countries now experience cold snaps amidst heavy snow. Temperature has now dipped to minus degrees and over 200 lives have been lost. The great Danube River, which spans about eight European countries, is frozen, thus, making navigation impossible; colossal loss of revenue is already envisaged due to this.

The lesson to be learnt from these challenges is that the world is no longer the same because the influence of Arctic melting is fast having its tolls on our environment.

This is why Nigerians and indeed Lagosians, must be fully prepared for another long year of downpour, since we cannot stop the rains from hitting our grounds. Being about five metres below the sea level, and surrounded by lakes, creeks and rivers, Lagos lands are prone to floods and sometimes may be submerged. This is why Lagosians cannot afford to be complacent about their environment. Thus, they must brace up for the big challenge of making the rainy period less devastating and damaging. Lagosians must be more concerned about their environment and do everything to safeguard it from being washed away. They must now rise up to say NO to flooding and its damaging impact on their lives so that they can really make their environment more conducive. They must now heed the numerous warnings and take to the counselling of the Lagos State Government for them to be less superstitious about the issue of rain and environment.

For a flood-free, weather friendly and environmentally conducive 2012, Lagosians must, more than before, be ready to own their communities and take possession of government facilities in their areas. They should always police their environment to ensure that these facilities are kept in good order to withstand the rain and serve them better. People should learn to cry out when their neighbours vandalised government property or engage in act that can harm them. They should realise the danger in some behaviour that appears so simple and not harmful but are, in reality, very inimical to the environment.

They should, thus, not patronise cart pushers, empty their refuse into the drains, burn refuse indiscriminately or build houses on drainage channels. They should also make it their habit to monitor government facilities to check disfunction or malfunction and report to government immediately.

For example, they should always call the Lagos State Waste Management Authority (LAWMA) on the toll-free number: 5577, when their PSP operators are not serving them well. In the same way, their distress and emergency issues should still be communicated to government, using the hotlines of 767 and 112.

On the part of government, concerted efforts are being made to put the state in good shape for the rainy season. Right now, the state is embarking on pre-rainy season clearing, cleaning and dredging of all primary and secondary channels across the state. Blocked drains are being cleared by the Ministry of the Environment, through its Emergency Flood Abatement Department (EFAD), while local governments have been directed to concentrate more on excavation of dirty drains, cart away the silt and carry out enlightenment campaigns on keeping their drains free of refuse in preparation for the rains.

The Fashola administration has proactively identified flood-prone areas where work has commenced on clearing the channels, construction of more collector drains and reconstruction of some damaged ones to pave the way for easier flow of water.

For example, excavation and reconstruction work has commenced on Agunbiade/Alfa Nla canal in Agege Local Government and Arigbanla/Abattoir canal in Orile Agege LCDA, while collector drain is being provided for residents of Odejobi Street, whose houses were submerged in the aftermath of the July 10,2011 flooding.

Similarly, the Alamutu drainage canal in Mushin, Odo Ashimawu canal in Itire, Alaka- Costain canal, Funsho Williams-Akerele junction canal and Eric Moore-Breweries collector drain, all in Surulere, are being cleared and put in good order in preparation for the rains. In Somolu area, the Eva Adelaja- Gbagada canal, Bawala Channel and the one in Myong barracks are being cleared and monitored, just as Ago-Palace Way channel in Oshodi- Isolo and Agric-Oke-Iriya channel in Ikorodu are being cleared. Also, the Abattoir- Ladoje canal (Agege), Akilo canal (Agege) and Badagry Market canal,Y-junction canal (Badagry) Palace Road canal (Badagry)and Jankara canal on Lagos Island are currently being cleared.

The government is working round the clock to ensure that the facilities built to service people in other areas are in good condition before the rains. This is why the people of Badagry, Lagos Island, Epe, Alimosho, Ojo and Eti-Osa too will not have problem when the rains come if they do not misuse the facilities in their areas. The government knows that the social contract between it and the people places the duty of service delivery on it and is, thus, not living anything to chances.

This is why it has continuously harped on maintenance of the facilities provided and campaigned vigorously against attitudinal problems exhibited by the people. A lot is being done on awareness campaigns on flooding and environmental abuses. However, it not yet uhuru as the awareness still has to permeate down to the ignorant ordinary folk, the itinerant roadside labourer and beggar and the wretched of the earth who constitute a significant number of the populace and who still indulge in all the things that contribute to the problem at hand. Government is not shying away from its responsibility and this is why it has continued to issue out warnings to its citizens and engaged in serious advocacy for them to be prepared and not indulge further in hazardous behaviours that may spell disasters.

Just last week, government constituted a high-powered monitoring committee that will police the government facilities and enforce environmental laws in Local Government Councils and LCDAs. The 57-man team is made up of experienced engineers of the Ministry of the Environment who will relate with the people at the grass-roots level, do a lot of advocacy in their areas and enforce the law to ensure that no abuse, misuse or damage is allowed on the facilities of government in their areas. They are also meant to counsel the people, get them to internalise good sanitation culture and ensure compliance with important laws.

The onus is therefore, on the people to ensure that they do not allow ignorance, deviance, non-challance and superstition to make them provide avenue for flooding and environmental abuses so that they will not, on their own, damage their environment and cause problem for themselves. Government is doing all it can to make way for free flow of water while the people are expected to contribute their quota by ensuring that obstructions are not put on the course of water and this way, government and people would have no cause to be in fear of another rainy season.

.LATEEF IBIROGBA is the Lagos State Commissioner for Information and Strategy