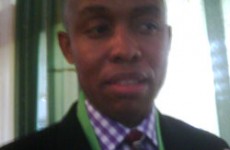 Professor Chidi Odinkalu, the Chairman of the National Human Rights Commission, NHRC has become the first appointee of President Goodluck Jonathan to make what he filled in his assets declaration forms public.

Though Nigerian laws require appointees to declare their assets in forms provided by Code of Conduct Bureau, it is not legally required for the declarations to be made public.

Attempts by the media to also obtain copies of the declaration forms submitted by government officials have been frustrated by the Bureau itself many times in the past.

The late President Umaru Yar’Adua set a precedence when he made what he declared in the asset declaration forms public immediately after his election in 2007.

The action of the late President forced his then Vice President, Goodluck Jonathan to also make a public declaration of his assets.

But Jonathan has refused to toe the path of his late boss, despite calls to do so after he was elected Nigerian President in April 2011. Perhaps, he may well be goaded along this path again by the example of a lower appointee.

Despite being the owner of two houses and two cars, Odinkalu describes the over 10,000 books he has in his library as his most “invaluable,” asset in the asset declaration form he made public today.

Odinkalu listed the two cars he owns as a Toyota RAV 4 he bought in 2004, and a Kia Rio purchased a year after. His two houses include a mortgaged 3-bedroom mid-terrace house in Edmonton, and another 4-bedroom semi-detached house in Lekki, Lagos.

The NHRC Chairman also said he has four accounts – two with Standard Chartered Bank in Nigeria with cash balances of N94, 000 and $11,700 respectively. He operates the other two with Barclays Bank of the United Kingdom.

He also revealed that the other account he operates with Royal Bank of Scotland is overdrawn. Odinkalu also revealed that he has a personal pension plan, shares and stocks valued at about N3million in addition to a 27kva generator and a 7.5KVA inverter.