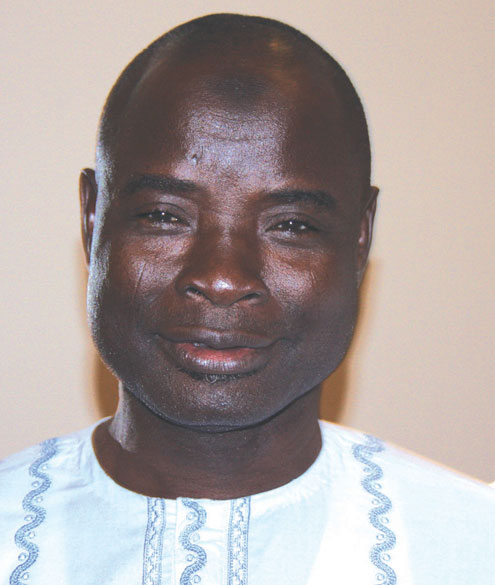 It was the end of the road to Zakari Biu, the infamous police officer indicted over various allegations of human rights violations during the military dictatorship of the late General Sanni Abacha as he was fired by the Police Service Commission, PSC, on Wednesday.

Biu, a Commissioner of Police in charge of investigations of terrorism activities at Wuse, Zone 7 Command of the Nigeria Police, Abuja was sacked over the escape of Kabiru Sokoto, a member of Boko Haram sect suspected of being behind the Christmas Day bombing of St. Theresa’s Catholic Church, Madala, Niger State.

The attack led to the death of about 44 people and injuries to scores of others.

Biu’s sack was contained in statement signed by Ferdinand U. Ekpe, the Public Relations Officer of PSC on behalf of the chairman of the commission, Mr. Parry Osayande.

The statement released to the media after the meeting of PSC today in Abuja added that investigations revealed Biu was culpable in the escape of the suspect.

Sokoto had escaped in dramatic circumstances on Sunday 15 January this year from a team of policemen detailed to take him for a search of his house at Abaji, Abuja by Biu.

The policemen had claimed that the escape of Kabiru was facilitated by a gang of youths who flagged down the Toyota Hilux van used to take the suspect to Abaji as it was heading for the residence of the head of the village, resulting in chaos during which the accused escaped.

Police had declared Sokoto wanted and placed a N50 million reward on his head immediately after his escape.

General Owoye Azazi (retd), the National Security Adviser, told a national newspaper that the escape of the Boko Haram suspect was a drawback to the fight against terrorism.

Azazi who said President Jonathan will want to know what really happened also said the incident may portray government as not serious in its fight against terrorism.

Caleb Olubolade, the minister of Police Affairs few days after the escape of Kabiru Sokoto told the nation that the Federal Government had issued a query to Hafiz Ringim, the then Inspector General of Police and Zakari Biu over the escape of the suspect from police custody.

The incident eventually led to early retirement of Ringim and the top hierarchy of the police two weeks after. Biu and members of his team were suspended and investigated over the escape of the suspect, leading to today’s dismissal of the commissioner.

But the suspect was re-captured by a team made up of men of State Security Service and soldiers in the very early hours of Friday 10 February in Taraba State. The suspect is currently in the custody of SSS.

But for the escape of Sokoto, Biu who was recommended for dismissal from the police as a result of his involvement in various cases of human rights abuses by the Human Rights Investigation Commission, otherwise known as Oputa Panel would have retired from the police next month.

Ironically, it is the same Osayande-led PSC that re-absorbed Biu into the police in 2010 on the excuse that he was not properly dismissed.