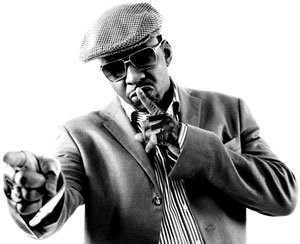 Days after the burial of Whitney Houston, his ex-wife and music icon, Bobby Brown will be leading his former band mates, New Edition, to a two-city concert tour of Nigeria in March.

“Music fans who appreciate the quality of good musical performance will be thrilled by the collection of the finest musicians we are putting together. This is a concert you don’t want to miss,” said Gbolahan Balogun of R28 Events, organisers of the concerts. This was also confirmed by the RnB singer himself in an audio statement released on 20 February, where Brown assured of his group’s involvement in the concerts.

“We will be rocking the stage live in Nigeria on March 9 and 11. Don’t you dare miss it,” Brown, who had earlier cancelled performance engagements following his ex-wife’s death, assured fans.

Brown had been under the heat, following Whitney’s death on 11 February with many blaming him for the mishaps that wrecked her career and ultimately her life. But Bobby and the band will dedicate their first Africa concert to her memory.