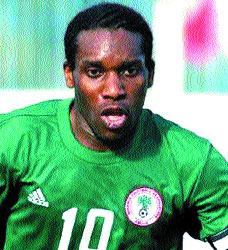 Former skipper of the Super Eagles, Austin Okocha, has lamented that since he retired from international football the senior team have not produced a creative midfielder to replace him.

The former Bolton Wanderers player said on Ray Power fm early today that all the players who have played his role in the Eagles after his exit, lack creativity and fall short of his football artistry in the midfield.

“After I left the Eagles, I have not seen any player who wears jersey number 10 and plays to my expectation. I retired from the national team to give others a chance, unfortunately, there is no replacement for me in the team even at this moment,” he said.