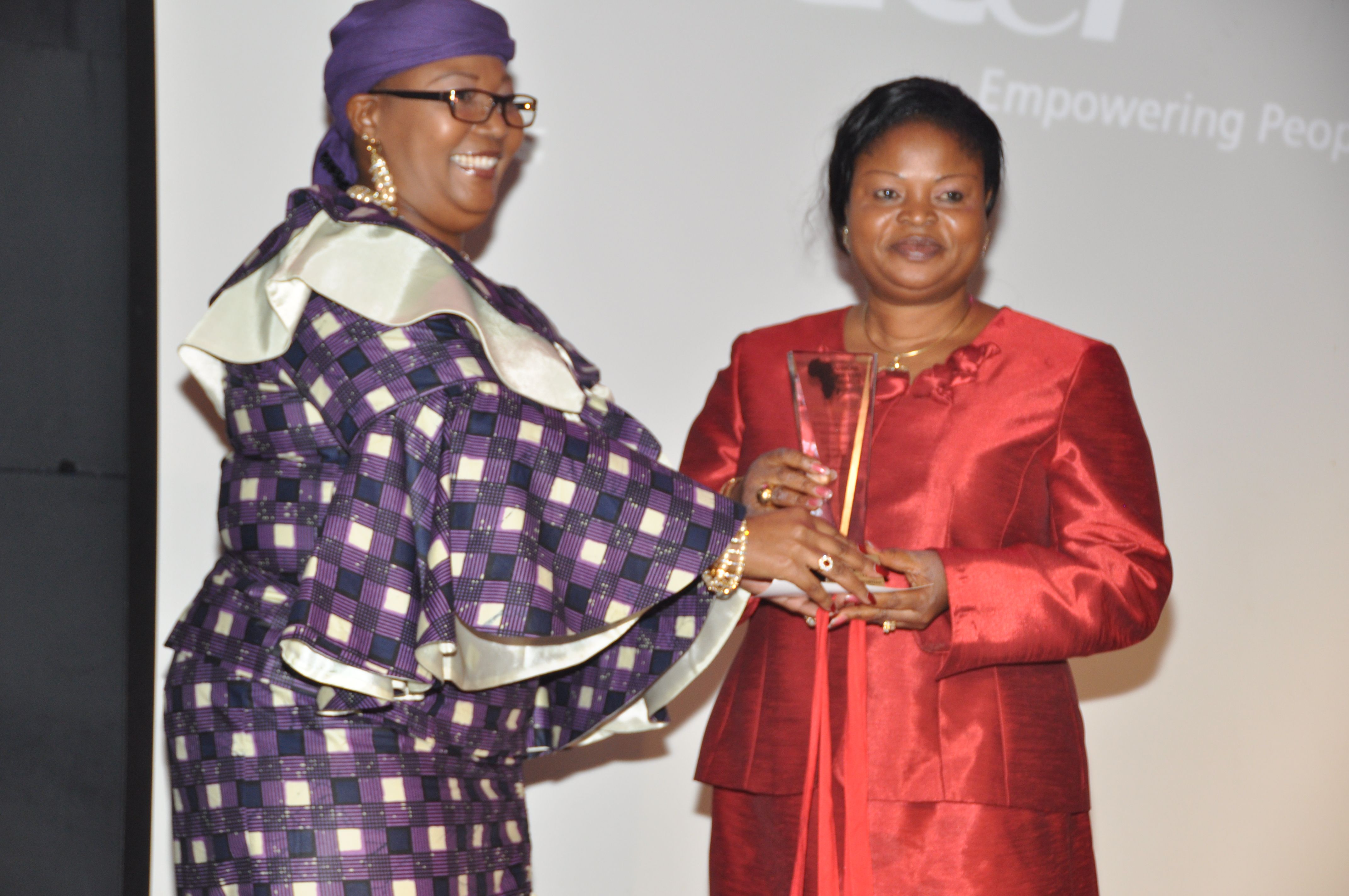 The Award, which was presented by the Deputy Prime Minister of Zimbabwe, Rt. Hon. Thokozani Khupe, is dedicated to African leaders who have grown from success to significance.

Fashola, who was represented at the event by the Lagos State Deputy Governor, Hon. Adejoke Orelope-Adefulire accompanied by the State’s Commissioner for Finance, Mr. Tokunbo Abiru, delivered his message through a 15 minutes Power-Point Presentation on the topic, “Developing Africa’s Leadership: Lagos State As A Case Study”.

Governor Fashola reminded the audience of the huge population of Lagos reckoned to be larger than that of about 32 African countries saying, “we are acting with a sense of urgency not only to bridge the infrastructure gap that has been created over the years, but also to meet the infrastructure requirements of a mega city Lagos has evolved into. This requires not just some form of leadership wish. This requires a leadership will and this, modestly, is what we have demonstrated and we have, by so doing, succeeded in putting Lagos on the World Stage.”

He illustrated his message during the lecture with the work being done by his administration across four key areas namely infrastructure development, transportation, safety and security as well as healthcare delivery.

On infrastructure, Fashola listed some of the achievements and impact of his administration to include the 10 mega watts Lagos Independent Power Project, 12.5 mega watts Akute IPP, completion of the first phase of the on-going expansion of the 49.4 km Eti Osa, Lekki, Epe Expressway, the Falomo On-Ramp Bridge as initiatives embarked upon in conjunction with private sector partners that are currently impacting positively on the citizens.

On transportation, Fashola informed the audience that infrastructure development work has advanced on the Lagos Light Rail Project with a Red Line to run from Agbado to Marina and the Blue Line to run from Okokomako to Marina. According to him, “the Blue Line is to become operational in the first quarter of 2015 thereby bringing Lagos into the league of some of the World Megacities with Light Rail Mass Transit Systems.”

Fashola also disclosed that, security in Lagos has improved significantly and an incontrovertible evidence lies in the return of a night economy to the Lagos metropolis saying, “with the establishment of the Lagos State Security Trust Fund and Citizens’ Contribution Scheme, provision of over 500 operational vehicles, telecommunication equipment, 1,766 security vests, sets of uniforms and enhanced duty allowances and insurance for security agencies in the State, we have achieved a reduction in violent crimes in Lagos from 40% – 70% and the gradual return of a night time economy is an evidence that cannot be denied.”

On healthcare delivery, Fashola said the focus of his administration has been to deliver qualitative, affordable and preventive health care services to Nigerians residing in Lagos; through the application of appropriate technology and highly motivated healthcare service providers. Fashola disclosed that this initiative is to promote GOALs 3 and 4 of the MDGs. He listed the progress recorded by his administration to include Completion and handing over of 6 of10 Maternal & Child Care Centres (MCCs); completion of Cardiac and Renal Centre, Trauma & Burns Centre at the Lagos State University Teaching Hospital Annex, Gbagada, Lagos, introduction of 24-hrs functional Primary Healthcare Centres in 57 LGs/LCDAs in Lagos State, periodic Free Medical Examinations for economically disadvantaged citizens and students and the establishment of 767 and 112 for all forms of emergencies within the State.

Part of the high points of the award ceremony was the presentation of the Young Achiever’s Category to 11 years old Master, Michael Mangani, an African Tennis player now representing the United Kingdom by the Lagos State Deputy Governor, Hon. Adejoke Orelopre-Adefulire. The ‘Women Empowerment and Democracy’ Category was won by Zimbabwe’s Deputy Prime Minister, Hon. Thokozani Khupe, ‘Service to the Community’ Category was clinched by Positive Runway, a Zambian NGO raising HIV/AIDS awareness while the Nigerian LNG won the ‘Grassroots Transformation in Africa’ for its work in Bonny Island in River State, Nigeria.