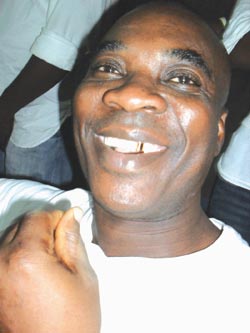 The 55th birthday celebration of the Fuji King, Wasiu Ayinde Omogbolahan Anifowoshe aka K1 de Ultimate has been postponed P.M. Entertainment can reveal.

The decision by the fuji king to shift the birthday anniversary is to enable him finish the mansion he is building in Ijebu-Ode and to hold a two in one celebration, that is his birthday and 40years on stage.

P.M.Entertainment learnt that the fuji king has constituted a committee headed by his manager, Percy Ibikunle Ademokun, to put together the two-in-one celebration.

A source close to the fuji king said the double celebration may now hold between June and July in Ijebu-Ode, Lagos, London and few other places.

Percy Ademokun confirmed the shift in date, saying it is to give the Fuji king time to complete the Ijebu-Ode mansion which is at advanced stage and to plan for the celebration of his 40 years on stage. He did not, however, mention where and when.