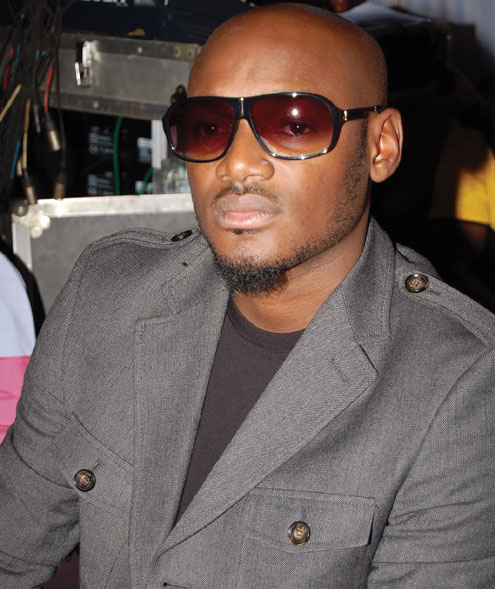 Multiple award-winning singer, Innocent Ujah Idibia, famously known as Tuface Idibia, has debunked the rumour that he is dead.

The Idoma, Benue State born entertainer, who is currently in the United States of America for a musical recording, said that he is hale and hearty and told his fans to ignore the baseless rumour.

Shortly after Tuface, who already has five kids from three ladies proposed to one of his mistresses, Annie Macauley, on St. Valentine’s Day, he left for the United States of America on official trip.

Few days later, there were rumours that he died in a jet crash in America. This, the musician has swiftly denied via his tweeter.

One of his friends called Bishop who is with him in America also tweeted: “Tuface is well and alive, cooking some good music with my family. Shame to all rumour mongers. No Doubt 2Baba will live long!”

Last year, the rumour about Tuface’s death also spread like wild fire until his management company, Now Musik, denied it and later Tuface himself did so on twitter.

The latest death hoax came at a time fans of the African Queen crooner are happy that at last, he has made up his mind to settle down with one of the three women that bore him children.

Besides, Annie being his choice at the expense of Sumbo Ajaba and Pero Adeniyi, seems to have excited many of his fans.

In congratulatory messages to him, most of his fans argued that since it was Annie that started with Tuface even before he became a mega star, she actually deserves the m arriage proposal, irrespective of the number of kids her rivals already have for him.

P.M.Entertainment gathered that on St. Valentine’s Day when Tuface decided to address the crowd at Club 10, Victoria Island, Lagos, Annie did not know his intention.

She was even said to have told some of Tuface’s friends at the club to go and collect the microphone from him, not knowing that he actually wanted to make an open marriage proposal to her.

While making the proposal, Tuface said: “My people, you see all those things wey I dey do with women ba, na today e go stop. So make I take this opportunity propose to the love of my life, Annie…”

Annie apparently could not control her emotions as she shed tears of joy, cuddling the music star. She later wrote on her Blackberry profile status ‘OMG (Oh My God) the love of my life just proposed to me.’ She also tweeted the following morning: “I’m serving a living God…”

The romance between Tuface and Annie had been on for over 10 years and just two years ago, she had a daughter named Issabel for him. Tuface has four other kids, two each from Sumbo Ajaba and Pero Adeniyi.