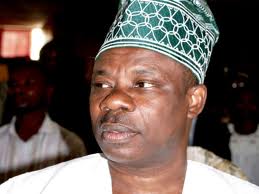 Leaders of the Action Congress of Nigeria in Ogun East Senatorial District have appealed to Governor Ibikunle Amosun to exercise some caution over his decision to scrap and merge some tertiary schools in the state.

Governor Amosun should exercise patience “in resolving the resultant and ominous probems and dangers government policy and pronouncements seemed to have created in academic communities in the state”, the leaders said in a communiqué after their emergency meeting in Idowa, Ogun state on 26 February.

Representatives of the party in the nine local councils that make up the senatorial district attended the meeting.

Although the meeting commended Governor Amosun for his efforts in rebuilding the state since last May when he took over, the meeting also commended Senator Kaka for ‘’his timely intervention’’ in giving the Amosun government some time to resolve the logjam in the state’s education sector.

Senator Kaka had taken the government to court, after government announced the scrapping of TASUED. A court in Abeokuta had granted an injunction, asking the Amosun government to maintain the status quo. Another court also restrained government in the suit filed against it by students of the university. The university was created by the administration of Otunba Gbenga Daniel about six years ago.

The Idowa meeting said it was opposed to the shrinking of educational institutions in the state. “The meeting believes in expansion of the scope and scale of education and hence does not support the scrapping or merging of the tertiary institutions in the State. Consequently, all tertiary institutions in Ogun State at present should be allowed to exist independently”, the leaders resolved. They called on Governor Amosun to reconsider his decision on TASUED, Olabisi Onabanjo university and other tertiary schools in the state.

The meeting also supported the steps taken by the National Universities Commission (NUC) in taking over the
administration of Tai Solarin University of Education (TASUED) until the issues are resolved.

The meeting also called for the immediate restoration of the party’s CONSULTATIVE FORUM, so as to move forward the functions and activities of the party and government, ensuring lasting confidence of the party members and the generality of the public.

Among other decisions reached at the meeting was the need to constitute a caucus of the party that will draw membership from the party, the government, the house of assembly and the national assembly. The leaders also called for the restoration of the party’s consultative forum, an indication that members felt alienated in the way the ACN government is administering the affairs of the state.