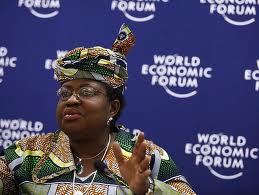 Who is presenting the true mirror of Nigeria? The Central Bank Governor or the Finance minister?

In one week, Nigeria’s Finance Minister, Ngozi Okonjo Iweala and Sanusi Lamido Sanusi, the Central Bank governor gave a contradictory impact assessment report of the bombings and general insecurity in northern Nigeria on the economy as a whole.

At Davos, Okonjo Iweala said increased terror attacks in the country have failed to deter foreign investment as Africa’s largest oil producer presses ahead with plans to sell power companies and keep spending under control.

At the World Economic Forum in Davos, Okonjo sounded upbeat: “what CEOs were asking was: Do you have a strategy?” Okonjo-Iweala said. Investors “realize that the terrorism is just focused in one part of the country and as long as they feel we have an approach to deal with it, they are more or less comforted,” she said.

But yesterday, the governor of Nigeria’s Central Bank, Sanusi Lamido Sanusi gave a different picture when he warned that bombings and other violent attacks launched by terrorist groups are major threats to the economy.

Sanusi spoke in Abuja on Tuesday at the inauguration of the Business Continuity Institute of Nigeria, a body established in 1994 to promote the highest standards of professional competence and commercial ethics in business. As reported by PUNCH, Sanusi said the economy was becoming increasingly vulnerable to the disruptions caused by terrorists attacks.

“The current spate of bombings across the country by terrorist groups alludes to the fact that our business environment is becoming more and more threatened and therefore the need to urgently develop a framework that will enable us to effectively respond to any crisis and thus safeguarding lives and properties and ensuring stability and growth in our economic system,” the CBN governor said.

Sanusi pointed out that only a sound, stable and robust business environment could lead to economic growth, increased per capita income and enhanced quality of the people.

The governor said the threat from terrorism had made it imperative for the bank to urgently develop a framework that would enable it to respond to any crisis.

This, he noted, would not only help to safeguard lives and properties, but also ensure stability and growth in the country’s economic system.
He said, “While we may be lucky not to have been hit by extreme weather conditions, such as hurricanes, snow and earthquakes, our experience as a nation reveals some vulnerability.

“We are still combating the impact of the global meltdown on our national economy. In our own specific instance in the financial sector, we have had to engage a combination of measures, including injecting millions of naira into some ailing banks to prevent failures, and thereby saving depositors’ funds and restoring confidence in the system.”

So, who is right about the Boko Haram effect on the Nigerian economy? Ngozi Okonjo Iweala or Sanusi?

My view is that Sanusi appears to be more honest about the perspective he has offered.

Only an insane investor will bring his capital to Nigeria at a time of widening terrorist attacks, banditry and kidnapping. While in the past, the Boko Haram militancy could have appeared, insignificant and tolerable, the frequency of the attacks and the expansion of the targets—-schools, police stations, banks, prisons, policemen , army barracks, will create jitters in the minds of a typical investor, looking to put his money in a nation where law and order prevails.

Nigeria no longer enjoys a state of order. Since late last year, the Boko Haram militants have made this impossible, beginning from the attacks in Yobe, where over 60 people died and the Christmas day bombing of St Theresa Catholic Church, Madalla, where over 40 people died. Everyday, a Boko Haram strike is recorded somewhere in Northern Nigeria. It’s either some market men and women are being sprayed with bullets, or banks are being bombed, policemen and soldiers attacked at checkpoints and explosive devices being thrown around like Christmas crackers. The most mind-boggling of the Boko Haram attacks was the January 20 co-ordinated attacks on the city of Kano, leading to the death of close 256 people.

And the attacks continue. They definitely cannot spur investments, even by well-heeled Nigerians. They can only deter such investments and worsen the poverty level in our country. According to official statistics, about 70 per cent of Nigerians live on less than a dollar a day, even though our country is the largest oil producer in Africa.

Despite this endowment, Nigeria imports more than 90 per cent of its refined fuel needs, transferring imported costs to the already financially emasculated people. After many shambolic Turn Around Maintenance contracts for the refineries, Nigeria just woke up to the sense in giving the refineries to the original builders to repair. Nigerians are hoping that this new measure will make the refineries work and perhaps lead to vast reductions in the cost of refined products such as kerosene, diesel and petrol.

Electricity supply also remains a major headache of the Nigerian economy, with demands said to double an output of about 4,000 megawatts daily. Nigeria now wants to sell its six power plants and 70 per cent of shares in the 11 power distribution companies.Nigeria and its people can only hope that this move will ensure 24/7 power supply, already taken for granted in all modern nations.