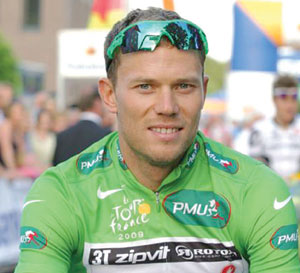 BMC is leaving no stone unturned as it ramps up for its assault on the cobbled classics in March and April.

The team conducted routine equipment testing and course reconnaissance on the roads of this year’s Paris-Roubaix to put themselves in the best position for a successful spring.

“For me, I was here to find out what I need and what the mechanics can make better for the Roubaix,” Hushovd said. “I’m really happy and confident with all the testing we’ve done, and think we’ll be more than prepared come April.”

Hushovd counts among his four top 10 finishes at Paris-Roubaix a runner-up in 2010 and third place in 2009. The Norwegian was among the favourites for last year’s race but was heavily marked by his rivals, freeing up then teammate Johan Vansummeren to take the win.

With BMC stacked with talents for the Grand Tours and Ardennes, Hushovd has placed even more emphasis on success on the cobblestones.

John Lelangue added that it was also critical to get the testing done before the parcours become more crowded when spring racing gets fully underway.