Maintenance Is The Key 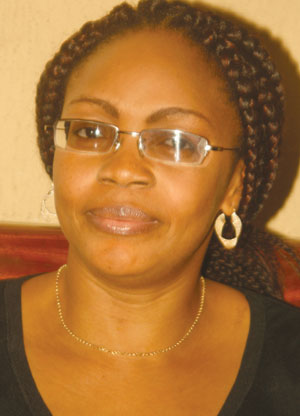 Last week I talked briefly about an old friend that I met who had also lost so much weight courtesy of protein diet and liquid diet. I wondered how she was able to cope and effectively attended to her daily task which I am sure should require the use of energy.

Sadly enough, the next time I saw her, she was back to her “old self.” Why? Because to lose weight permanently, you have to get it off the same way you are going to keep it off. I have said that several times over the past six years.

Salome had struggled with her weight all her life. At barely five feet tall, with her small frame she weighed 225pounds (102kg). She came to me in desperation and joined one of my monthly lifestyle classes in our gym premises. She absorbed all the information and the truth about how the body burns fat, and she began implementing several new lifestyle changes immediately.

Most people who have struggled with excessive weight gain for many years have been on several kinds of diet. They are good at restricting food using the all-or-nothing approach I have talked about. So I encouraged Salome not to go on another diet. We identified several ways she could modify how she ate without feeling deprived. She assured me she was eating well and was committed to burning more calories than she ate everyday. She felt relieved and liberated and by increasing her activity, she could eat a reasonable amount of food and lose weight.

Over many months, Salome began to shed considerable weight. When I caught up with her a year later, she was a shadow of her former self, she had lost over 70 pounds (32kg)! What I didn’t know was she had made one lifestyle change in the process that would be her undoing.

While her concept of burning calories by moving more was a healthy one, I never knew she had taken it to the extreme. Salome had been exercising two to three hours a day almost everyday of the week for the past year. I cautioned her with a stern warning. I asked her if she can really keep up the level of activity for the rest of her life, because she may not always have the time to spend in the gym, and she might cause injury for herself. I am sure it took God’s help for her not to have injured herself.

Six months later, when I ran into Salome at a mall, she had gained 40 pounds(18kg) after sustaining a foot injury which prevented her from working out for several months.

A year later her weight had crept up 65pounds (29kg). Once her foot was healed she had lost the motivation to go back to her old regime. The next time I saw her at the airport, she saw me from a distance and clearly wanted to avoid me. I pretended not to see her although she was hard to miss —she was larger than when we first met. My heart broke. What had gone wrong.

Salome had made a lifestyle change she couldn’t maintain most days for the rest of her life.

By exercising two or three hours a day, her caloric burn exceeded 1,200 calories a day in activity alone combined with her resting metabolic rate (how many calories one burns at rest alone), she was burning over 2,500 calories a day.

Salome had been able to eat 2,500 calories a day and stay lean…as long as she burned those extra 1,200 calories each day. When she got injured, all activities ceased. However, she kept eating the same. And the weight piled on. She hadn’t made a reasonable lifestyle change she could live with.

It is advisable that you make changes you can maintain-not perfectly, but more often than not.

Let me ask this question: Was there something wrong with the truth I’d taught Salome? No, there was something wrong in the way she applied them. Don’t replace one addiction with another.

Over-indulgence in exercise is not better than overeating, just because you look better. The approach to the issues of life requires balance of priorities, an accurate perspective and proper application of truth.

With that in mind, please take the simple principles I will teach you in the next couple of weeks and make reasonable changes to your lifestyle.

My goal is for you to understand exactly how your body burns and stores the three fuel sources: carbohydrates, protein and fat. Once you understand this you will be able to make wise decisions and discern why so many diet products are more hype than help.