Stella Damasus: When Is It Enough? 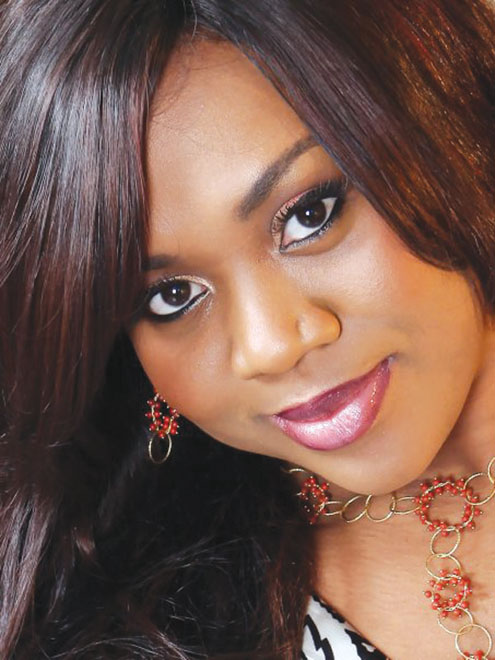 It was 8 o’clock that morning and I was already dressed in my black dress, black shoes and no make-up, with my brushed hair in a pony tail. I was heading to Yaba for a friend’s funeral.

She was 35 and beautiful, a mother of two beautiful children. I really did not want to go because I was not sure of how I was going to react. I was not sure if I could pull myself together.

Anyway, I got to the church and it was filled with people who knew her and who had heard of her. As I approached the church, I was already battling with the huge lump in my throat, making sure that I could at least sit through the service. I managed to get inside, and then the ushers took me up-front to sit with the family. I saw her mother and siblings who were weeping uncontrollably, so I tried to console them while battling with that same lump in my throat. I did all I could until the kids walked into the church with the nanny. Oh my goodness, now that lump has melted into liquid, the flood gates were flung open and the tears started gushing out. It was not a very pleasant sight as the choir leader could not continue the song.

This is to give you an insight into the kind of person my friend was and the life she lived.

She was extremely intelligent, kind, simple and most of all was in love with God and His word.

Well, as I tried to calm down, he walked in —THE HUSBAND.

I am sure by now you are thinking I would run to console him since I was very close to her and he knew me. Instead, I stood up and walked to the other side of the church and sat down. That was when I knew how much respect I had for the church and the dead.

If I could, I would have locked him up in the coffin so he could go with her; after all, he put her there in the first place.

We had all begged, prayed, complained, reported, and fought, just to get him to stop beating her. I was tired of seeing the black eye, the swollen face, the bruised arms and the constant headaches. It was so bad that I had to tell him that one day he would do something really bad to his wife and end up behind bars. Little did I know that the day in question was fast approaching.

He had beaten her so much for sending  her own money to her mother without telling him, and when she tried to protect herself by pushing him off her, he got infuriated and hit her head on the wall.

This time no black eye, no bruise to worry about, she just did not wake up.

When her sister called me in the middle of the night, I was not sure whether to cry or get angry or scream. My whole body was shaking and all I could say was “no… no… no… please God, no, no, no… please”.

I started to feel guilty, “maybe I should have moved her out of there” but then again who am I to move her out of her husband’s house when she herself refused to move. It really hurt, so much that even as I am writing this I am still crying.

The case was taken to court and was dismissed, because according to the courts the evidence was not enough, and so he was discharged and acquitted.

In a country where an accurate autopsy cannot be carried out, let alone thoroughly investigate a crime, what do you expect?

She is dead and gone but the killer is walking free, and as usual, he has custody of the children whom he has passed on to his new wife.

My heart has been bleeding ever since because I know that this is happening to so many women. Some are still alive today to tell their stories, some are afraid to cry out for help; some cover up when they are asked questions about their black eye; some believe that there is no justice for the abused woman because other cases they have heard of, have always favoured the man, and lastly, some are no longer alive to speak up.

As sad as this is, it is still happening even as I write.

Now it has progressed to acid baths, body mutilation, and other unthinkable things.

In anger, I stormed to the church we all attended and demanded to see the head pastor. When he came out, I screamed and yelled and people came into the church to hold me down. Please, do not think I disrespect men of God. Oh, far from it, in fact I respect them so much because without some of them who have mentored me, I would not be the person I am today.

Truth of the matter is, my late friend’s sister told me that a few days before she died, she had gone to meet the pastor in fear because she had another fight with her husband who told her that he was ready to kill her and nothing would happen to him. He kept saying in pidgin English: “na naija we dey o and when you die your dead body no go come prove to the court say na me kill you”.

My late friend then called her sister to tell her what had happened and that she was going to see the pastor.

I asked her sister: “Why pastor? Why not police?”

The sister laughed and said: “Do you know how many times she tried that? The policeman she met on duty laughed and said, ‘madam na domestic matter be dis abeg, husband and wife must fight, go beg your husband’ ”.

When her husband found out, he laughed and asked if she thought she was in America, then he beat her some more for even attempting.

So, she went to the pastor and told him everything again because that was not the first time she went to him to complain and ask for help. As usual the pastor said: “My daughter, there is nothing God cannot do. Please, prayer is what you need. Keep praying to God to touch his heart, he will not kill you and he will not harm you. Go back home and maintain peace, please; remember that God hates divorce so you cannot leave your home and children”. She left there feeling so dejected and scared, and so she called her sister and told her what the pastor had said.

I tried to think about what could have been going on in her head everyday of her life, thinking that there is no SAFE HAVEN. The man who swore to love and protect you is the one who is killing you; the parents who gave you to him in marriage will tell you not to leave your home because it is not a family trait and it will bring shame upon the family. You are too ashamed to even let people know you are going through domestic violence for fear of being stigmatized; you are not protected by law enforcement agents nor the law because some of them do the same thing to their wives; then the only place which is the house of God also tells you to go back to the place where you are being destroyed.

My heart broke and that was when I wept the most, because no one knows what she could have gone through alone.

So, I looked at this pastor and said ‘I hope you are happy now, I hope you are satisfied that she listened to you and got killed in the process’.

I am not saying I support separation or women running out of their homes, but I insist that there must be temporary measures to take the woman to a safe place until things can be resolved. She has to, at least, be alive first before any reconciliation or anything can even take place.

I poured out my heart to the pastor and asked him a question directly without any apologies, “If your daughter came to you, bruised everyday, threatened and battered, would you tell her to go back there and pray? What if she does and gets killed? What would your reaction be? Will you be able to live with yourself?”

Then I calmed down and said God bless you pastor and thank you, I hope this means she will go to heaven.

He could not utter a word, so I walked out.

Call this ranting, lamenting, disrespectful, but one thing is for sure. We need answers, we need to shout it out loud, we need to educate women and let them know they can cry out for help.

I can’t stress this enough, if you are going through any form of violence, especially domestic violence, you can get help. Please don’t die for nothing. Make that call to Project Alert now 01-4737270, 08052004698 or send an email to [email protected], log on to their website www.projectalertnig.org.

Enough is enough; the time to act is now. Say No To Domestic Violence.

This piece is dedicated to all the women who have lost their lives through domestic violence.

May their souls rest in peace.