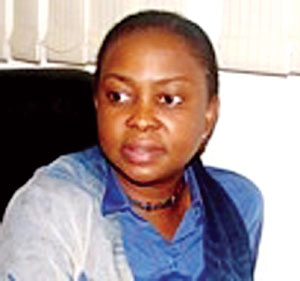 As a sociologist, I am constantly fascinated by society and the dynamics that propel and shape it. The Nigerian society remains one of great interest because of its many facets, daily intrigues and challenges. Everyday, Nigeria greets its citizens with unbelievable happenings, the latest on the scene being Boko Haram, the Islamic fundamentalist sect that wants Nigeria Islamised. In its bid to do that, the sect has resorted to unprecedented violence which has left countless numbers of people maimed or dead. Innumerable articles, reports and editorials have been written on what needs to be done to curtail the excesses of the group, but one thing is yet to be written – what Nigeria can learn from Boko Haram.

It may seem unbelievable that I am suggesting that something could be learned from this evil called Boko Haram, but amazingly, the group has deconstructed so many Nigerian stereotypes that if borrowed, could put Nigeria on a new path. Prior to Boko Haram, we believed that Nigerians did not have it in them to be suicide bombers. Even when Umar Farouk Abdulmutallab, the Nigerian who failed to detonate a bomb on a USA-bound flight was caught, most Nigerians felt he was an attention-seeking spoilt rich boy who had no real intentions of ever detonating the bomb. Boko Haram changed all that with their several suicide bombing escapades across the northern parts of Nigeria. This has fundamentally changed a deep rooted stereotype that Nigerians are not the sacrificial type. The assumption had always been that Nigerians were comfort-loving people who would only take risks for financial gains, if at all. Boko Haram has shown, once again, that if people, including Nigerians, believed in an ideology, albeit an evil one, they would pay the ultimate price for it. It, therefore, means that the Nigerian’s inability to sacrifice for Nigeria is not because he/she isn’t capable of sacrificing, but because there has been no concerted effort to build a Nigerian ideology that the people–regardless of ethnicity, state or creed–could believe in. If the Nigerian government, through its various media, were able to develop a systematic and consistent message aimed at energising and motivating Nigerians to greatness, the same Nigerians, who only seem interested in cheating the country, would become its biggest assets in all spheres. However, such a solid and earnest Nigerian ideology could only successfully permeate the hearts and minds of Nigerians, if the system and leaders, especially government officials, were to a large extent, rid of corruption, greed and hellish avarice.

Boko Haram has also demonstrated that Nigerians, including those at the grassroots, who hitherto were believed to be interested only in their daily bread, are desperate for something to believe in. Truly, people, including poor people, cannot ‘live by bread alone’ and being able to find the ‘word’ that could satisfy the hunger for relevance would go a long way to giving both the ordinary and not so ordinary Nigerian a sense of purpose and reason for investing in the greater Nigerian project. I have no doubt in my mind that if bombarded daily with a Nigeria message we could all believe in – devoid of ethnic or tribal sentiments – we would very easily channel our efforts towards transforming our great nation Nigeria.

Boko Haram has also, once again, demonstrated the power of religion to propel the human spirit. Religion is a powerful tool for social mobilisation and Boko Haram has shown that the Nigerian is not any less susceptible to the power of religion. However, although Boko Haram has used it negatively, religion is mostly positively transformative and could be used to propel Nigeria onto a new path of truth, justice, honesty and accountability, to ensure a future for the current generation and others to come. Even Western European countries which have now mostly rejected religion, had used it effectively in their formative years to mobilise their people and structure their societies. Nigeria being a country where the majority of the citizens are active members of one religion or another and the populace mostly accept that God is love and His ways are truth, justice, righteousness, mercy and peace, the Nigerian government should enter into an alliance with bona fide religious institutions to develop a message that would be used to motivate and mobilise the people for greatness. This philosophy is working for a fanatical and dangerous group like Boko Haram, it could also work for Nigeria.

Finally, Boko Haram has further exposed the stupidity of corruption. I am sure that the hierarchy of the Nigeria Police and all other law enforcement agencies who are today the target of Boko Haram wish they had spent more of the resources accruing to them on training and equipping their agencies. Boko Haram has not only disgraced the law enforcement agencies, but has made them pay dearly with their lives. All that collecting N20 on the road blinded the police to seeing the loads of ammunition that passed through and are now in the possession of Boko Haram; ammunition that has now been used to kill them and thousands of innocent people. In addition, how is it that Bokom Haram can get their members to kill themselves in suicide attacks and law enforcement agents who have supposedly received years of combat training run away from armed robbers? How come Boko Haram is able to effect such massive destruction with locally constructed arms and ammunition and law enforcement agencies are constantly complaining of being ill equipped? Is there not a lesson to be learnt here?

The Bible says: Everything works for good for those who believe. In a twisted way, this evil called Boko Haram could indeed work for good if we would see the lessons therein and borrow from them.

Over the Christmas holidays I met a priest who was very disappointed that I had not written an article in quite a while. He told me how much my articles had impacted on him to the extent that he used one of them, ‘You Are Not Powerless As A Nigerian’, to preach sermons over several weeks. I was truly surprised and indeed humbled by the knowledge that my feeble attempts at putting thoughts to words had such an impact on someone who is in a position to impact so many others. This made me realise that even though I am only a part-time columnist for a weekly news magazine, my responsibility and potential for impact is not diminished.

The absence of my column was not out of negligence but due to a series of events that made it impossible for me to write last year.