I'm Yet To Make Money 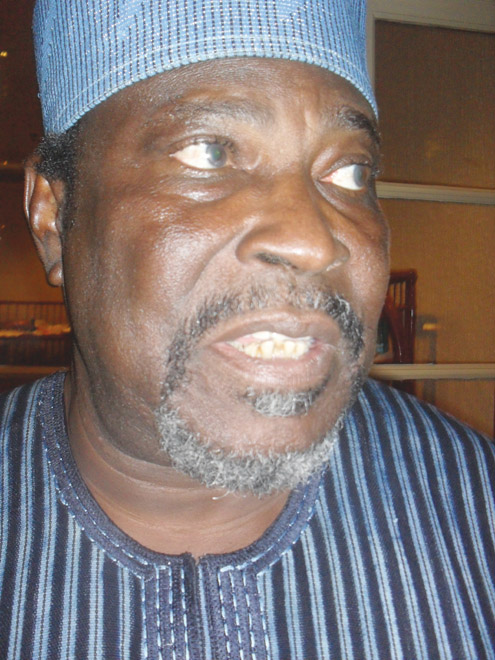 Dejumo Lewis, star actor and the Oloja of Oja in the now rested The New Village Headmaster, spoke about his career, the production a new soap, The Valley Between, in which he features and other issues

Chief? I am just Dejumo Lewis

After the New Village Headmaster you did Agogo Ewo and now The Valley Between?

That is not just what I have done but the point I am trying to stress is that out of so many works I have done in the past, these productions stood out, and that The Valley Between will take us to the next level.

Why are you not prominent in home videos or do you choose the kind of film you appear in?

Oh yes. We have a couple of films and TV series and since the time of Village Headmaster, we have some but the quality has been low. But we are glad that we can have the The Valley Between living up to the standard. Majorly in terms of content and professionalism, this is one of the best.

Let’s go back to the time of the Village Headmaster, how was it then?

Fun. We were having fun in the sense that you were part of something that had effect on the entire society. I suddenly became a celebrity. I was overwhelmed with that. And with the show of appreciation from the public it was great. Mind you, what we were doing was socially relevant.

It depends on the style of the producer and director. Some of the scripts were satire while others were not. Some were direct criticism of some policies but you will see that element of professionalism.

As the Kaabiyesi, the Oloja of Oja in The New Village Headmaster, how was the relationship between you and the cast then and now?

After the series was rested, we hardly saw one another, but two years ago I ran into the presenter Olowu of Owu, Oba Sanya Dosunmi in his palace. Fortunately, he was pioneer producer/director of The New Village Headmaster. This is after about 40 years and I asked him ‘Kaabiyesi what did you see in me for casting me as the King in The New Village Headmaster because I was just coming from the university then?’ He said ‘what I saw in you is what I asw in my newly elevated chiefs that I promoted to the rank of Oba. I saw the cultural and potential versatility in you.’

What has been the ups and downs of being a celebrity?

Nothing different from the kind of challenges involved in creative ventures that have affected my home.

You mean the Village Headmaster?

No. I mean my public life and my involvement in creative art.

Both positive and negative.

What are the positive and negative sides?

I will just leave it like that. This happens to everybody in showbiz and on top of it all, I am fulfiled every minute of my life, everyday, every week, every month and every year of the decades I have been involved in showbiz.

After the death of James Iroha a.k.a. Giringory, the general public has been criticising the government for not honouring our heroes, especially those involved in creative works. What is your opinion about this?

It is a reflection of the kind of society in which we don’t get official recognition for our outstanding contributions, except those who rub shoulders with those in the corridors of power and eulogise them despite their corrupt tendencies. This speaks volumes about the kind of society in which we are. Every appreciation we get is from people. When we get it everybody is happy.

Why are you selective in the productions you participate in?

Well, I have been selective because I was trained in movie production -home and abroad. I have been busy writing books in the last 10 years, which is on culture. Three of the volumes will be out this year.

Were you making money during the Village Headmaster days?

We were paid very little, but then money had value. It was something but there is nothing comparable to what obtains now.

Can you cmpare your type of production in terms of content and production to what obtains now?

In the past we were doing good productions, but now the producers are doing things the way it should not be done. All they do now is violence and all sorts of rubish. But with the new soap The Valley Between, you will see great changes.

How would you describe your experience in The Valley Between?

Fantastic. In the first instance, it took me back to Ijebu Igbo where I was in 1967 for the first time because the whole thing was shot in Lagos and Ijebu Igbo and I brought some sweet memories of Ijebu Igbo.

Do you still see some of your colleagues in the now rested The New Village Headmaster?

We meet occasionally since we stopped production. The productions were stopped unceremoniously between 1988/89 and we have not been seeing one another regularly.

Why was it rested unceremoniously?

Well, it was the reflection of the society.

Won’t that happen to the current production?

Well, let’s hope for the best. With the assurance we are having the The Valley Between will go on for some time.

Have you really made money from creative art?

How do you see Dejuwo Lewis in the next 10 years?

You will see more versatility and my past productions will be a child’s play.