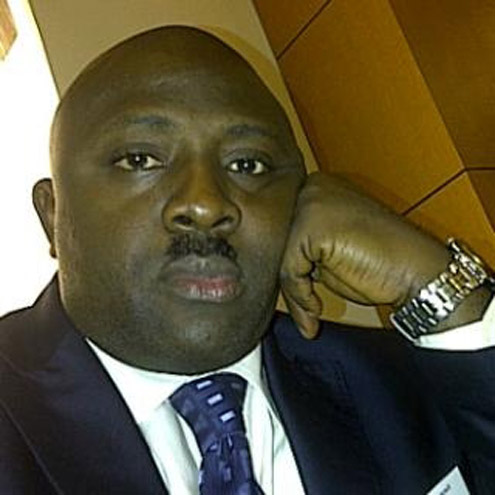 Demola Akinbola is the Head Consultant of BrandStewards, an integrated reputation and brand management consultancy operating from Lagos, Nigeria and Dublin, Republic of Ireland. In this interview with SIMON ATEBA, he argues that President Goodluck Jonathan is in dire need of a reputation manager to succeed

President Goodluck Jonathan seems to have become extremely unpopular with the electorate only few months after an overwhelming victory at the polls. Is it due to bad policies or bad communication?

First of all, I will like to stress the fact that the term “overwhelming victory” is relative and subjective. It is according to INEC’s election results which we all know have never been flawless. That aside, President Jonathan’s low acceptability rating is not surprising to some of us who knew that he was not in any way prepared for the huge responsibility entrusted on his shoulders. GEJ is a product and a beneficiary of this same corrupt and inefficient system that we have been trying to change. He has been part of government as Deputy Governor, Governor, Vice President, Acting President and now Substantive President. Sadly, the experience and maturity he is assumed to have garnered over the years is not reflecting in the quality of his governance.

I put this down to a combination of the following factors:

a. Lack of a clear vision and purpose of what Nigeria’s priorities were when he assumed duty and what they still are today. GEJ came with the impression that it would be business as usual. He was not ready at all. He didn’t have a clear agenda; forget about the noise on transformation. There was no strategy in place.

b. Gross underestimation of the enormity of the task of turning the nation around at this critical period. To transform a country requires a great deal of courage, discipline, forthrightness and focus on the part of the leader. GEJ does not possess these qualities. As I said earlier, he is a product and beneficiary of this system. How can he be the best person to transform the country? GEJ came to equity with soiled and tainted hands.

c. Lack of a clear and discernible communication policy and strategy. What is the strategy driving communication in this government? Nobody has taken time to expressly define what the communication message will be; how it will be communicated; by who and when? Also there is a clear overlap of functions, almost bordering on redundancy and repetition. The President speaks, Dr. Reuben Abati speaks; Labaran Maku speaks. When you aggregate all their views and content-analyse their messages, you get lost and confused. The President is not being well groomed on what to say and how to say it. Look at his first broadcast in the heat of the fuel subsidy removal crisis. It was lack-lustre. He was timid; his words lacked power; his poise was un-presidential. This Government speaks as it remembers there is something to be said. But it should not be so. In strategic communication, even if there is something to be said, the WHEN and HOW are key issues that should be sorted

Is the president a bad president or a bad communicator or is he both?

He is both. I watched him during the PDP Presidential Primaries at Eagle Square, Abuja while responding to Alhaji Abubakar Atiku’s address. I was alarmed because he was not strategic in his comments and he was gesticulating like someone who was jittery and under immense pressure. He was the sitting President, so you would have expected some level of calmness, maturity and composure. Rather, he was talking like a militant (apologies). So, to that extent he is a bad communicator. Secondly, he has not been proved to be a good President in the sense that he has not been sincere with us. As at the time he was campaigning for the Presidency, he should have had an inkling of what the thrust of his economic policies would be. How come he didn’t mention it to us at all? Head or tail, he is the loser here: if he says he didn’t know he will remove fuel subsidy, that means he didn’t have a long-term assessment of the economy during his campaign strategy session. If he says he knew he would do it, why didn’t he tell us?

Secondly, he is a bad President on the strength of his lack of duty to take care and the failure to consult widely with all stakeholders before announcing the removal in a most annoying and surreptitious manner. He brought out the fuel subsidy removal joker on the first day of the New Year while Nigerians were still savouring the joy of making it into 2012.

Thirdly, he is a bad President on the account of his failure and inability to instill discipline in the management of the economy. Corruption has been allowed to fester with so much aplomb. What is his justification for remaining in office with the staggering revelations of monumental fraud in the oil industry?

Fourthly, he has failed to rise above party politics to appoint the right people into key positions in the economy.

The Special Adviser on media to the President, Rueben Abati, is a renowned journalist who was highly respected in the industry. Why is the president’s image not at its best?

You have said it. Dr. Reuben Abati is a journalist; he is not a trained and experienced reputation manager. They are two different role functions. Journalism or Mass Communication is just an aspect of Public Relations or Reputation Management. Communication is one of the key elements of reputation management, but in the reputation management matrix, communication is a means and not an end in itself. Dr. Abati at best will prepare press releases and ensure they are used by the media. Who in this GEJ administration is the strategic thinker who is advising on how the reputation of President, the government and its functionaries should be built and managed? Who is ensuring that this government walks its talk and deals fairly with us? Who is advising GEJ not to say some of the embarrassing things he says? This government has accumulated a huge reputation deficit that will take years of sincere, consistent and purposeful governance to address. It is not about rabble rousing or issuing press statements. It is about being able to analyse trends, predict events, constructively engage with key stakeholder groups, enthrone a culture of excellence in all its ramifications in government and communicate clearly and consistently. With the analysis I have done above, you will agree with me that Dr. Abati, with due respect, is not equipped and suitable for the job they are asking him to do.

But, let me shock you. Even the best reputation manager in the world will find it difficult to manage the reputation of the GEJ administration. This is because it is the PDP and its clusters of cabals that are ruling this country. That means there is no room for merit, fairness, transparency, equity and justice in the administration of the country. These are the pillars of a sound reputation management policy. You do not say one thing and do another and expect to have a good reputation. A good reputation cannot be decreed into existence by presidential fiat or wished for. It has to be earned through hard work, sincerity and consistency.

For instance, some reasoned that the recent fuel subsidy removal was not well communicated to the public, what do you think is the best way to handle such?

I have touched partially on this in my responses to previous questions. The single most critical issue that was deliberately overlooked is sincerity. This government has squandered the goodwill that brought it to power on the altar of arrogance and disrespect for the people of Nigeria. The fuel subsidy removal decision was ill-conceived, mis-timed and wrongly delivered. A major policy like that which affects the lives of every Nigerian should not have been shrouded in secrecy and left to the PPPRA to handle. It will shock you to know that key figures in the economic management team of this administration did not know that the decision was going to be made on January 1. So, there wasn’t enough consultation; there wasn’t enough sensitisation and enlightenment campaign (what NNPC did was a charade and more of a fait accompli stuff: take it or leave it). Enough time was not devoted to consultations and communication.

After bungling the first phase in terms of inadequate consultation and poor communication, government still went ahead to grandstand by insisting after its FEC meeting that there was no going back on the subsidy removal. How could less than 50 people decide the fate of over 160 million people in such a rude, crude, disrespectful and carefree manner? Even the House of Representatives’ resolution urging government to revert to the old price was ignored and spurned. So, in all areas, government invited the reputation dent that it got during the Occupy Nigeria protests.

If you were to handle the communication arm of the presidency, what will you do differently?

I will insist on a re-definition of the job function. It has to be something that revolves around reputation management because that is the issue at stake here not just media and publicity. The media is an important stakeholder group to government, but it is just one of the numerous stakeholders. So, whoever is occupying that position must have the broadness of mind, clarity of vision and maturity of reasoning to carry all stakeholders along. Secondly, I will insist on having inputs into policy formulation from the point of view of a Public Relations professional because once a bad policy is formulated and implemented, government suffers a reputation dent. I will have to be a member of the Federal Executive Council, and not just an observer or an occasional attendee. You see, most of the people in government, including the President, do not know the implications of most of the things they say or do. They do not understand how these things are received by the people they govern. Only a reputation management professional will appreciate that. Thirdly, I will request for a full complement of competent professional colleagues, not political jobbers, to work with me.

Is the president’s dressing communicating the right message?

There is nothing wrong with his style of dressing. Previous civilian presidents chose the attire of their tribes and that was not an issue. What will communicate the right message to Nigerians about GEJ’s administration is the way he deals with corruption and other malfeasance that have pilloried our nation. It is what he does with poverty, unemployment, injustice and other social vices that matter to the average Nigerian struggling to eke out a decent living. That is the main issue for now. What he does with the economy and how he is able to tame the menace of Boko Haram are more important to me than what he wears.